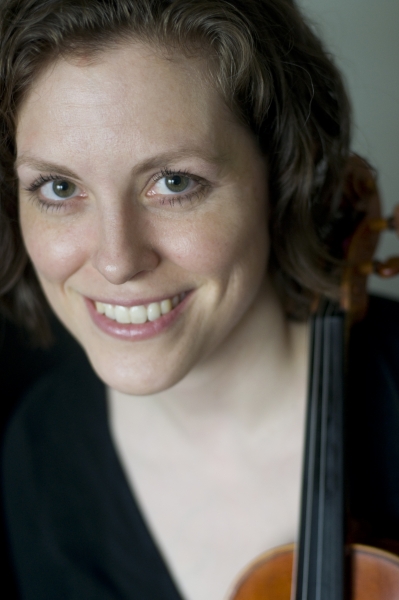 Dr. Emily Hanna Crane joined the faculty of Austin Peay State University in 2008 as Coordinator of the Orchestral Strings area where she teaches a variety of courses including applied violin and viola, chamber music, introduction to music, chamber music literature, string pedagogy, and string group instruction. Dedicated to promoting orchestral strings in the Clarksville area, Dr. Crane is the director of the APSU Honor Orchestra Festival, co-director of the APSU String Camp, and maintains a vibrant private studio through the Madison Street Music and Arts Academy. She is an active adjudicator, clinician, and sectional coach for summer festivals, honor orchestras, and conferences across the country. Many of Dr. Crane’s former and current collegiate and community students are performing free-lance musicians and private instructors in the middle Tennessee area.

Dr. Crane earned the Doctor of Music and Master of Music degrees in violin performance from Florida State University where she studied with Eliot Chapo, Gary Kosloski, and Karen Clarke. She earned the Bachelor of Music degree in violin performance from the University of North Carolina at Chapel Hill where she studied with Richard Luby. Additional teachers also include Kenneth Goldsmith, Kevin Lawrence, and Mary Jane Kirkendol.

An avid performer, Dr. Crane has performed in North America, Taiwan, and Europe and has been a featured concerto soloist with the Trevecca Symphony, Parthenon Chamber, Gateway Chamber, Valley Symphony, UTPA Chamber, and Tallahassee Youth Orchestras. Dr. Crane is one of the concertmasters of the Gateway Chamber Orchestra, and can be heard on GCO's 2nd commercial recording, Chamber Symphonies, which was released by Summit Records in May 2012.

In addition to the GCO, Dr. Crane has served as concertmaster and associate concertmaster of the Valley (S. Tex.) and Tallahassee (Fla.) Symphony Orchestras, principal second violin of the Parthenon Chamber Orchestra (Tenn.), and has played in the violin sections of several orchestras including the Nashville (Tenn.), Jacksonville (Fla.), Paducah (Ky.), Laredo (Tex.), and Columbus (Ga.) Symphony Orchestras and the Nexus Chamber Orchestra (Tenn.). She has been a member of Tango Sur (traditional Argentinean music, Tallahassee) and Quartet alla Turca (first prize at the 2002 NUMUS Pan-American competition, Canada; 2001-02 Eppes Graduate Quartet, FSU). She has performed on numerous film and video game soundtracks as a studio musician as well as performed as a chamber musician on WPLN Nashville Public Radio’s Live in Studio C.

Dedicated to promoting new works by living composers, Dr. Crane has premiered and recorded several works with her longtime duo partner, Dr. Hui-Ting Yang, including Metamorphoses II by Clifton Callender (commissioned by the Florida State Music Teachers Association and the Hanna-Yang Duo in 2009 and released by Parma Records in 2014) and Sonata No. 1 for Violin and Piano (2004) by Ju-hwan Yu released by Kum-Seong Records in 2008. In 2013 she and Jeffrey Wood premiered Wood’s Sonata for violin and piano, a work dedicated to her.