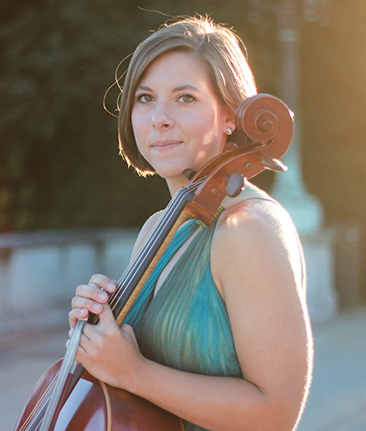 “Our students need to see what their teachers achieve and be inspired to push boundaries even further in their own careers. I work equally hard in my own performing career and in my teaching to set a positive example for my students, who will be the next generation of great performers and teachers.” Dr. Berindean on how she stands out in the Department of Music

An enthusiastic performer of chamber music, Berindean appears frequently in chamber recitals across Tennessee, as well as in Ohio, Michigan, and Missouri. She was previously a member of the Tallahassee-based Eppes Quartet and the Cleveland-based Judson Quartet, with whom she was the recipient of the Francis E. Sykora Outreach Grant through the Cleveland Institute of Music to present chamber music programs to schools and assisted living facilities throughout the greater Cleveland area. Previously, Berindean was a first-prize winner of the MENC Pennsylvania State Chamber Group Competition as a member of the Valens Piano Quartet.

As an orchestral player, Berindean is currently co-principal cello of the Tennessee-based Gateway Chamber Orchestra. She has served as principal cello of the Paducah Symphony Orchestra, Sinfonia Gulf Coast, Northerntier Symphony, and Altoona Symphony, as well as assistant principal of Williamsport Symphony and the Pennsylvania Centre Orchestra. She has performed with Charleston Symphony, Mobile Symphony, Southwest Florida Symphony, and Tallahassee Symphony. She has performed in masterclasses with Steven Isserlis, Raphael Wallfisch, Colin Carr, Andrés Diaz, Lynn Harrell, and David Finckel.

Berindean enjoys spending her summers at Sewanee Summer Music Festival, where she coordinates the string chamber music program and serves on the cello faculty. In the summer of 2019, she joined the faculty of the String Quartet Institute at the Bay View Music Festival in Petoskey, Michigan.