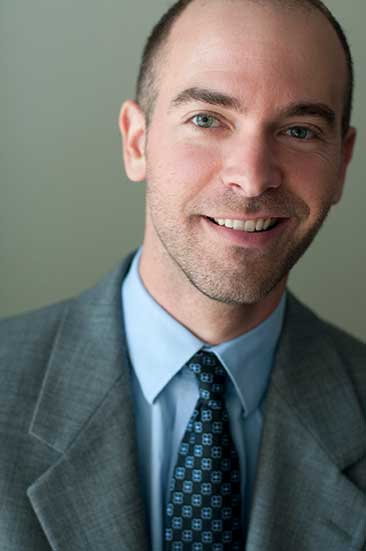 “Some students enjoy the words, some prefer the harmonies, and some are thinking about technique and pedagogy. I enjoy when it all comes together and students are excited about the music they are making.” -Korre Foster on what he looks forward to when working with APSU students

Master of Music - University of Arizona

Dr. Korre Foster began his education at Millikin University where he received a Bachelor of Arts in French Education and a Bachelor of Music in Vocal Music Education. After singing with Dr. Brad Holmes in the Millikin University Choir, he began to study at the University of Arizona where he earned the Master of Music degree in choral conducting under the tutelage of Dr. Bruce Chamberlain. As a recipient of the Harriet Hale Woolley Scholarship from the Fondation des États-Unis, he moved to Paris, France where he conducted the choirs of Le Palais Royal and L'Académie de Musique alongside orchestral conductor Jean-Philippe Sarcos. He also sang with VOICES Chœur International and studied voice with Glenn Chambers, professor of voice at the Conservatoire National Supérieur de Musique et Dance de Paris. At the University of Miami, Korre worked with Dr. Jo-Michael Scheibe, Dr. Donald Oglesby, and Dr. Joshua Habermann and conducted the Frost Chorale, Maelstrom Men's Choir, Collegium Musicum and the Opera Choruses.

At Austin Peay State University he has directed Chamber Singers, Governor Singers, and the University Choir in addition to teaching choral literature, choral methods, choral conducting and supervising graduate students. Dr. Foster has presented his research "Marc-Antoine Charpentier's Messe pour Monsieur Mauroy" at the 14th Biennial International Conference on Baroque Music in Belfast, Northern Ireland as well as at the Southwestern ACDA Conference held in Denver, Colorado. He has presented "Rhetoric in the French Baroque" at the 53rd National Conference of the College Music Society held in Minneapolis, Minnesota. Dr. Foster also spoke at the 30th Annual Conference of the Society for Interdisciplinary French Seventeenth-Century Studies, and traveled to Riga to research Latvian choral music as part of the Summer Fellows Research Program. In 2013, he presented "The Rhetorical Implications of Charpentier's Use of Silence and Absence" at the London conference of the International Association for Word and Music Studies.  Dr. Foster presented at the Universität Mozarteum in Salzburg as part of the 16th Biennial International Conference on Baroque Music. He led the 2018 All-State Choir Camp in Dallas and was selected for a three-week Choral Art Residency at the Banff Centre in Canada in 2019.

In addition to directing middle school and high school choirs, conducting university choirs, and singing in professional choirs here in the US and abroad, I have the fondest memories of presenting research at the Universität Mozarteum in Salzburg. I presented on Marc-Antoine Charpentier at the Biennial International Conference on Baroque Music alongside Catherine Cessac, the biographer and leading researcher on Charpentier.