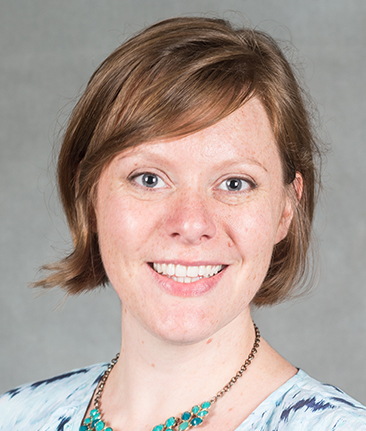 A New York native, Kristen Sienkiewicz is Assistant Professor of Horn at Austin Peay State University. She is in demand as a freelance and studio horn player in Nashville and the broader region. She can be regularly heard playing with orchestras from Alabama to Indiana, and as co-principal horn in Middle Tennessee's Gateway Chamber Orchestra.

Prior to moving to Tennessee she was an active chamber and orchestral horn player in Boston and throughout New England. Since 2008 Dr. Sienkiewicz has performed with Bala Chamber Brass, a Boston based brass quintet with international acclaim.

Dedicated to promoting a new standard for the brass quintet genre, Bala pursues and premieres current repertoire that is engaging for audiences and performers alike. Their three commercially available CDs, Revealed, Deus Ex Machina, and Passports, all include a variety of such commissions and previously unrecorded works.

Dr. Sienkiewicz has served on the faculties of Southern New Hampshire University and Gordon College, and taught and conducted at Boston University. At Austin Peay State University she teaches horn and ear training, and conducts and coaches the horn choir and brass ensembles.

Dr. Sienkiewicz earned her Doctor of Musical Arts in 2013 from Boston University, the first horn player in the school's history to have earned the degree. She completed her undergraduate work at the Eastman School of Music, where she received her Bachelor of Music in both Horn Performance and Music Theory and was awarded the school's prestigious Performer's Certificate. Kristen continued her studies in Boston at the New England Conservatory, earning both her Master of Music and a Graduate Diploma with a concentration in Music-in-Education. Dr. Sienkiewicz is a member of Pi Kappa Lambda, the National Music Honor Society.