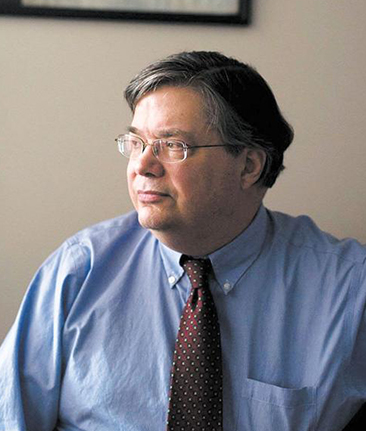 “I want my students to come out of Austin Peay inspired by the extraordinary magic that music can bring into theirs and other people’s lives.” Dr. Wood on what he looks forward to in his interactions with students

Wood’s music has received numerous composition awards including awards from Broadcast Music, Inc., ASCAP, and the David S. Bates Memorial Prize. He was the highest prizewinner in the Stroud Festival International Composition Competition in Great Britain, the only American so cited, for his brass quintet In Memoriam Magistri. The work was subsequently performed by the legendary Philip Jones Brass Quintet. For his Sonata for Violoncello and Piano, commissioned by the Music Teacher’s National Association, Wood was named MTNA Distinguished Composer of the Year. Wood has received commissions from the Governor’s School for the Arts in Tennessee, National Musical Arts, Washington, D.C., the Quintet of the Americas, and the Center for the Creative Arts at Austin Peay State University.

Wood has written a substantial amount of vocal music, including six song cycles: MCMXIV, Kriegeslieder, Till Time and Times are Done (which was given its New York première by soprano Marcella Calabi and tenor Paul Sperry in Merkin Hall in New York City), Night (recently featured in concerts by baritone Andrew Garland), Ne reprenez si j’ay aymé, and most recently Different Bodies. A chamber opera entitled Diaries: a Parable for Voices, based on the testimonies of women who served as nurses during World War I, was given a fully staged première in 1996, and he has recently completed a second opera, Bartleby, the Scrivener, based on the short story by Herman Melville. Other works include an oratorio Lamentationes Ieremiæ Prophetæ, based on the biblical text and poetry of the Holocaust, which was first performed by the APSU Chamber Singers and the Nashville Chamber Orchestra. This work was subsequently nominated for the Pulitzer Prize. Most recently, the performance by the Gateway Chamber Orchestra of Wood’s Different Bodies, a song cycle for voice and orchestra, was voted “Best Classical Première” by Nashville Scene in 2016.

Wood was named a winner in the Young American’s Art Song Competition, which resulted in the inclusion of his song “The Rear-Guard” from his cycle MCMXIV in The Art Song Collection, published by G. Schirmer/Associated Music Publishers. A work for solo guitar, The Habit of Grief, was awarded second prize in the Guitar Foundation of America Set-Piece Competition. His Every Night and Every Morn for tenor and piano, written on a commission from Ohio State University, was a finalist in the National Association of Teachers of Singing (NATS) competition and was also the subject of a doctoral paper by Dr. Gregory Rike, Every Night and Every Morn: A Performance Study of the Song Cycle by Jeffrey Wood from the Poetry of William Blake. Most recently, Wood’s Four Deadly Serious Songs and Night have been performed by baritone Andrew Garland in a series of concerts throughout the country. Many of Wood’s vocal works are available through Classical Vocal Reprints, www.classicalvocalrep.com.

Wood has held the Individual Artist Fellowship in Composition awarded by the Tennessee Arts Commission and the Joan Harrell Schaeffer Foundation. Twice nominated for the Distinguished Professor Award, Wood was awarded the Richard M. Hawkins Award for scholarship and creativity.

Wood studied piano under Emilio del Rosario, Fernando Laires, Aube Tzerko, Edith Oppens and Gilbert Kalish. He was a finalist chosen to compete in the United States Information Agency’s Artistic Ambassador Program at the Library of Congress in Washington, D.C. He has also been a featured composer/performer at the International Composer’s Symposia at the University of New Mexico, Albuquerque. Wood is deeply committed to the performance of contemporary music, and has been involved in the world premières of Alan Hovhaness’ Concerto No. 10 for Piano, String Quartet and Trumpet, op. 413, Elizabeth Vercoe’s A Dangerous Man and Frederic Goossen’s Reliquary, among others. He has worked with other such notable composers as Roger Sessions, Ernst Křenek, Thea Musgrave and Mario Davidovsky in performances of their keyboard music. Following the première of selections from Frederic Goossen’s A Well-Tempered Clavier: Twelve Preludes and Fugues, Dr. Goossen wrote that Wood’s “insight makes his performances always memorable and a source of great satisfaction, as it did in his performances of pieces from this collection.” About his performance of Ernst Křenek’s Sonata No. 3, Dr. Křenek wrote “I remember very well, of course, your exemplary playing of my Third Sonata … I am happy that you are still playing my Sonata, for your performance is authentic!” Wood is currently the resident keyboard player for the Gateway Chamber Orchestra.

“Tetrachordal and Inversional Structuring in Arnold Schönberg’s Herzgewächse, op. 20,” In Theory Only, vol. 7, no. 3.

“Music and the War,” in The Encyclopedia of World War I: A Political, Social and Military History, six vols., Spencer Tucker, general editor, ABC-CLIO.

“The Great War and the Challenge of Memory.” New Sound: International Journal of Music, Issue 44. Special issue in honor of the centennial of World War I.

Music and War in the United States, edited by Dr. Sarah Kraaz, Routledge (Taylor and Francis Company). Chapter Seven, “World War I: Music ‘Over Here’ for ‘Over There.’”