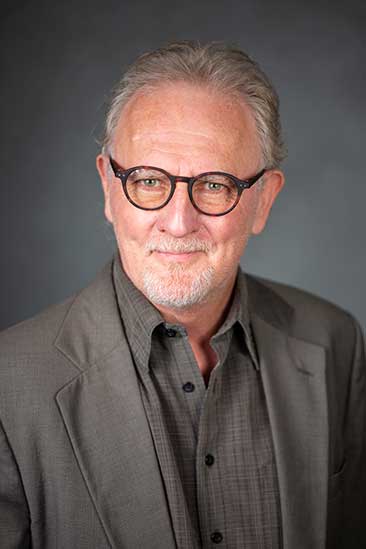 “The most rewarding aspect of my work here at APSU is the opportunity to share in the artistic growth of our talented guitar students.” Dr. Yates on what he enjoys about his interactions with students

A well-known figure in the classical guitar world, Dr. Yates has been the subject of interviews, reviews, and articles in numerous international guitar journals, magazines, and newspapers; a prize-winner in national and international performance competitions; and is a featured artist in the standard reference works dealing with the history of the classical guitar and its major figures.

His performances have taken him throughout North America and Europe, as well as to significant venues in South America, Asia, and Australia. He has been the dedicatee of numerous new works for the guitar and the first modern performer of important rediscovered solo guitar works, chamber works, and concertos.

His best-selling editions, transcriptions, and pedagogical works are published in the Stanley Yates Series with Mel Bay Publications, Chanterelle Verlag / Schott & Co, and his own imprint CGS.

His scholarly research articles have been published in seven languages.

He has conducted masterclasses, given lectures, and held residencies at numerous national and international festivals, colleges, universities, and conservatories, including the Guitar Foundation of America, the Royal Academy of Music London, the Royal Conservatory of Music Toronto, the Manhattan School of Music, the Honk Kong Academy of Performing Arts, and many others.

Dr. Yates has been a recipient of APSU's Hawkins Award for Excellence in Scholarly and Creative Achievement, the APSU Presidential nominee for the national Robert Cherry Outstanding Teaching Award, and a recipient of the Bergen College Distinguished Artist Award ‘for outstanding contributions of artistry, dedication, and service to the world through the performing arts.’

From reviews of Dr. Yates’ work:

‘a master of the instrument…one of an elite breed of guitarists’ (Classical Guitar Magazine, England)

‘one of the premier exponents of twentieth-century music for the guitar’ (The Rosette, Los Angeles)

‘there has not been, in the history of guitar transcription, a more important event’ (Suonare, Italy)

‘one of the major pedagogues of our era’ (Soundboard Magazine, USA)