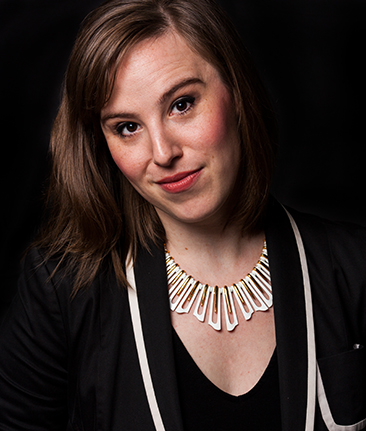 Mezzo-soprano Sara Crigger has been praised for her “rich mezzo-soprano voice” and "flawless comedic timing." A few of her operatic credits include Nicklausse in Les contes d’Hoffmann, Dorabella in Così fan tutte, and Cherubino in Le nozze di Figaro. Ms. Crigger has appeared as a soloist with Middle Tennessee Choral Society, Nashville Collegiate Orchestra, and with the Austin Peay Symphony Orchestra.

Last season, she appeared with Nashville Opera as one of the Mary Ragland Young Artists.
Beginning her musical career in commercial music, Sara received her Bachelor of Music from Berklee College of Music in Boston. On completion of her degree, she relocated to Nashville where she made her name singing backup and playing cello in rock and country bands. During this time, Sara also rediscovered her love of classical music, eventually receiving her Master of Music from Austin Peay State University.

A lover of contemporary music, Sara has made a concerted effort to work with living composers on a regular basis. She has been fortunate to premiere works such as Rachel Devore Fogarty’s “As the rain hides the stars” and Darryl Nettles’ Harlem Shadows. Most recently, Sara had the honor of singing the mezzo solos in Andrea Clearfield's Women of Valor and the Tennessee premier of Peter Dayton's May She, She May.