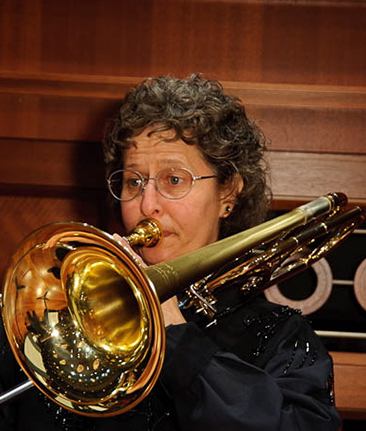 Susan K. Smith has been the Trombone Instructor at Austin Peay State University since 1994. She held the position of Assistant Principal Trombone in The Nashville Symphony Orchestra from 1994-2017.

Besides having free lanced several years in New York City and Chicago, she has performed one to three seasons with the following Orchestras:

While freelancing in Chicago, she substituted and played extra with the Chicago Symphony and was a member of The Chicago Trombones and The Millar Brass Ensemble.

Other performance experience include back stage parts at the Metropolitan Opera, the 2:00 Jazz Band at UNT and Sackbutt ensemble (Eb Alto) at UNT and KU.

Involvement with the International Trombone Association include:

Her first trombone teacher was Otto Blankle and her college teachers were Richard Cryder, Stephen Anderson, Leon Brown and Per Brevig.