Home » Sustainability » Arboretum
In this section 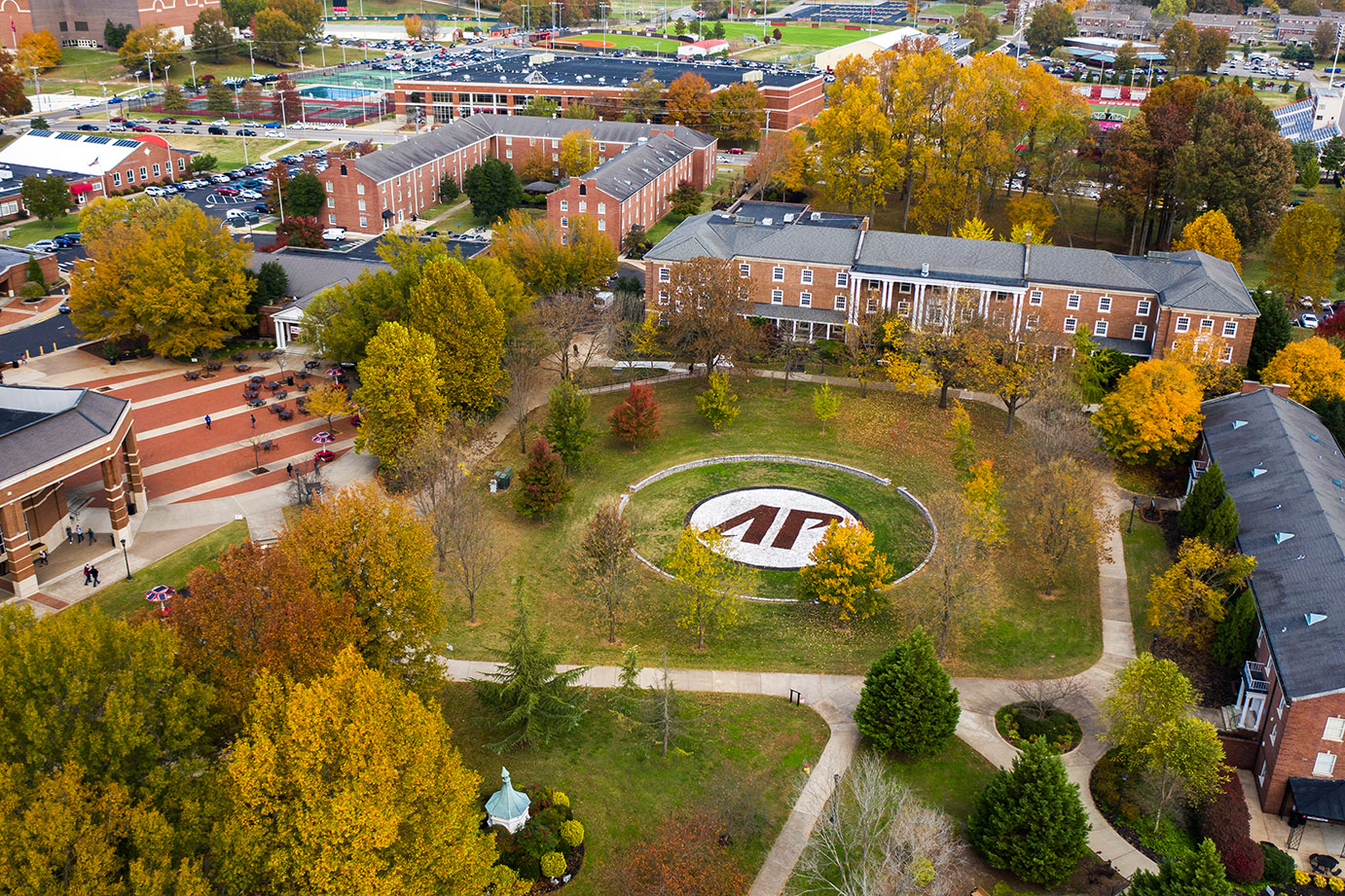 Austin Peay's campus is an Arboretum. Stumped at what an Arboretum is? It's a botanical garden devoted to trees! Who wood have thought?

The mission for the Austin Peay Arboretum is to provide opportunities for education and research, to promote conservation and stewardship of trees, and to demonstrate the value and use of trees in the Tennessee landscape.

Austin Peay State University is on an urban campus that for over 180 years has been used for educational purposes. Throughout the years, several people have influenced the tree population. Two notable individuals who made significant impacts on the development of the campus grounds were Herbert Roake and Charles Pinkley. Roake was the campus gardener in the 1930s, ’40s and ’50s. He took great pride in the aesthetics of the campus and the health and diversity of its tree population. Many of the trees he planted are still on campus today. Pinkley was the landscape planner for Austin Peay in the 1960s with a mission to have every tree native to Tennessee represented on campus.

As with any urban area, the tree population has taken some downturns with development. However, the current and past administrations and planners for the campus have done an excellent job in preserving its urban forest. From the time Roake first arrived here in 1929, the campus has grown from about 25 acres with a dozen or so buildings to now having 196 acres with approximately 80 buildings. Throughout the growth of the campus, the University has taken care to preserve existing trees when possible and add new ones within building projects. These efforts, along with the expertise of people like Roake and Pinkley, have resulted in more than 120 species of trees (77 native) across 32 families on campus.

With such a wide variety of tree species, Wes Powell, APSU assistant director for landscape and grounds, envisioned establishing the Austin Peay Arboretum in 2015. Using a rough inventory created by APSU biology professor Dr. Dwayne Estes and APSU geosciences professor Dr. Chris Gentry, the trees were located, identified and assessed for health and maintenance needs. Over the past two years, APSU grounds and horticulture crews corrected any maintenance needs noted during the assessment and added 24 new species to campus. Seven more species are being grown in the campus greenhouse for introduction in 2019.

The trees in the arboretum are spread across campus, but the majority are concentrated at the front and center of campus from College to Marion streets and along Eighth Street to Drane Street.