Home » Theatre and Dance » Notable Almuni
In this section

What some of our grads are up to...

Lauren received her MFA in Ars Administration from Texas Tech University in 2018. She now works as the Marketing and Communications Manager of Phamaly Theatre Company in Denver, Colorado: one of the foremost disability-affirmative nonprofit theatres in the country. She is also an Adjunct Professor at The University of Denver teaching in their Arts and Culture Management Master's program. In addition, she is a singer in the Denver Women's Chorus, and will soon have her co-written play, Time Zones Apart, published in an anthology of works written for online theatre during the pandemic. She has previously worked at Chicago Shakespeare Theater, the Eugene O'Neill Theater Center, the Provincetown Tennessee Williams Theater Festival, and Wonderbound Ballet among others.

Treston received his BFA in Musical Theatre in 2020. After receiving several callbacks for Broadway shows and touring companies, he is currently a swing in the first national tour of Ain't Too Proud to Beg: The Life & Times of the Temptations. 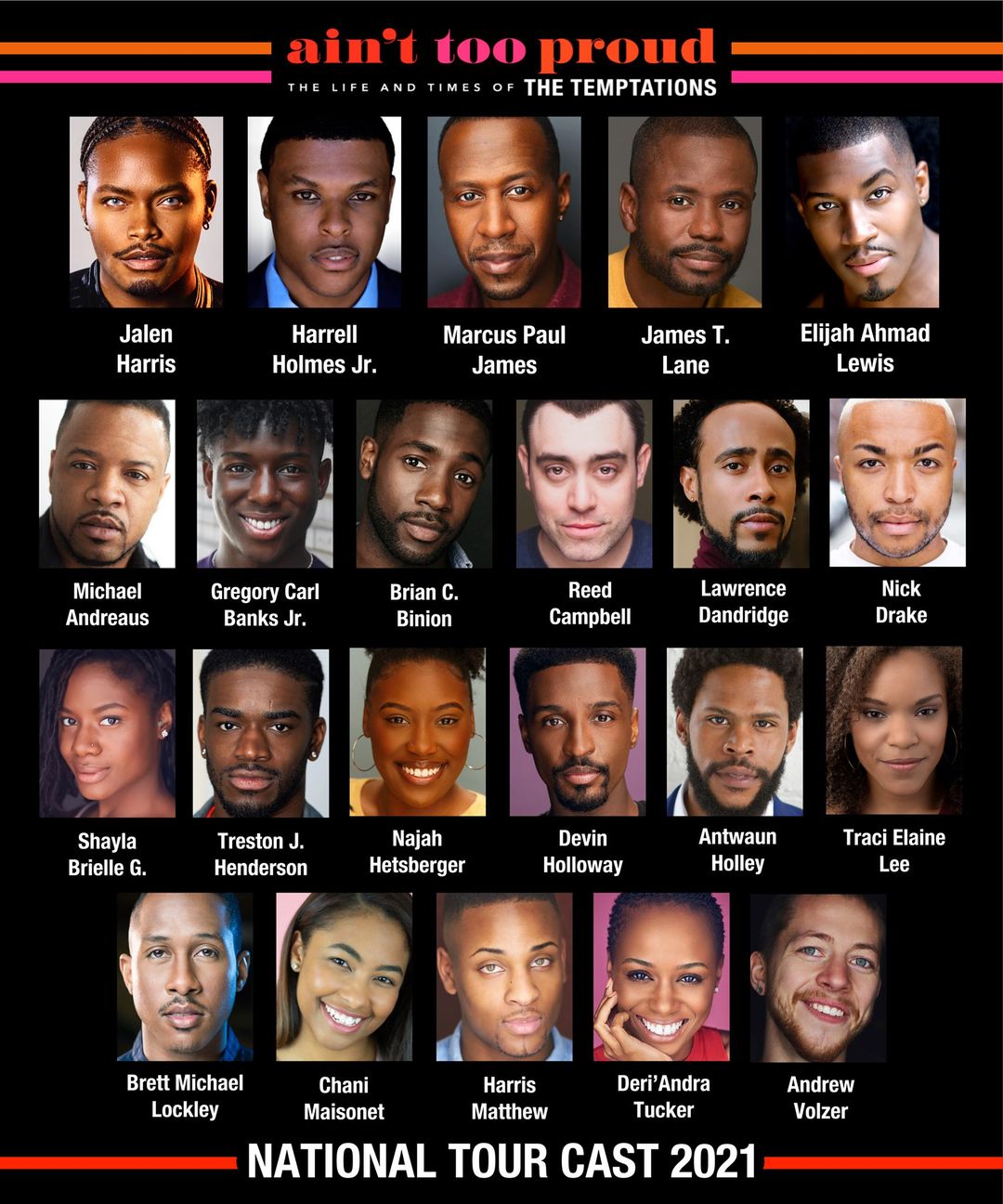 Alex Heide recieved her BFA in Dance in 2020. She is currently an instructor at the Dance Academy of Michigan where she works with young dancers as they develop their skills.

After receiving his BFA in Musical Theatre in 2021, Zack was currently working at Glow Lyric Theatre in Asheville NC on the world premiere of Rock Opera, a devised production that incorporates rock, pop, musical theatre, and opera. Next up he will be traveling to Wisconsin to play Hedwig in Hedwig and the Angry Inch and then spending a season in Ohio with Blue Jacket Musical Theatre.

Austin Peay State University’s Corey Finley, who graduated with a bachelor’s degree in acting, has landed a highly sought one-year acting internship at Actors Express in Atlanta. Actors Express is one of Atlanta’s leading theaters and is helmed by Freddie Ashley, who served as APSU’s Roy Acuff Chair of Excellence and directed John Patrick Shanley’s world debut of “Five Savory Dishes” at Austin Peay in 2019.

Jerry Winsett has been active in the Film and Television industry with a lengthy IMDB credit list to prove it. He was seen in the Oscar winning film Three Billboards Outside Ebbing, Missouri as well as in the recent SXSW Virtual Film Festival short Long Drive to Yadkin. He was also featured in one of the top ten most anticipated films of the Vail Film Festival in 2020: Drought. You can read more about Drought HERE. You can watch the short filmYadkin here:

You can see more of Jerry's work on his website at: www.JerryWinsett.com.

Briar has been seen on stages from Nashville to Colorado in companies ranging from Roxy Regional Theatre, Big Sky Playhouse, Street Theatre, Chaffins Barn, and Studio Tenn. She was nominated for two Nashville First Night awards for her work in Street Theatre's productions of Light in the Piazza and Be More Chill.

After completing a 1 year stage management internship at Lexington Children's Theatre, Paige has moved to New York where she is beginning work as a Stage Manager in the Julliard School Professional Internship Program.

Lauren has started graduate work towards an MFA at Texas Tech University. She currently teaches Intro to Cinema and is in rehearsals for a role in Tom Stoppard's Arcadia for TTU Theatre and Dance's Maedgen Mainstage.

Ben has finished a season as the Assistant Technical Director at Shenandoah Summer Music Theatre. Ben was accepted into the graduate program in Production and Technology Management at Carnegie Melon University where he successfully completed several years of course work. He is currently working and designing in Chicago.

Michael started his professional career as a Resident Production Intern at Lexington Children's Theatre specializing in scenic painting. He was recently awarded the prestigious Eric R. Baber Fellowship from Illinois State University. This grant is to nurture excellence in individual performers in Fine Arts, through emphasis on studio approach, rather than training for teaching. The main thrust of the grant should be to help develop top-notch individual performers, and enhance ISU’s prestige as a place where the finest musicians and artists study and perform. Exceptional talent is the basis for the award.

Since graduating from APSU, Jennifer has been acting professionally in and around Nashville. She has performed with Nashville Rep, Studio Tennessee, Chaffin's Barn Dinner Theater, Nashville Opera, and others. She also teaches dance/musical theatre in the Nashville/Franklin area.

Dale is a videographer and film maker in New York City. In 2013 he founded Fez Empire Productions specializing in video production with a focus on interviews, branding from concept to completion, and editing for fashion. His work has been seen on GQ.com, WABC Eyewitness News 7 New York, Madison Square Garden and in the back of New York City taxis. His work can be seen at Fezempire.com.

Since graduating from APSU, Rafael performed as a guest artist with Garth Fagan Dance Company, Shen Wei Dance Arts, and the Dayton Contemporary Dance Company II. Currently, he is in his second season as a dancer with the MADCO Dance Company in St. Louis, MO.

Kevin completed his MFA degree in Dance at Mills College in Oakland, CA. He is an adjunct dance faculty member at Middle Tennessee State University and recently completed a summer Theatre and Dance program at the French Woods Performaing Arts Festival.

Laquimah completed her MFA in Dance at the Univeristy of Utah in 2014. She is a touring company member of David Dorfman Dance and has been a guest faculty member for Bates College as well as a staff member for the Bates Dance Festival.

Since graduating from APSU, Holly has been a dance director for a music and dance studio, overseeing the dance program and performing with the Chinese Arts Alliance of Nashville. Holly is now the Creative Director for ASET Academy of Performing Arts; a nonprofit in Nashville.