Home » Department of Music » Faculty and Staff » Dr. Stanley Yates
In this section 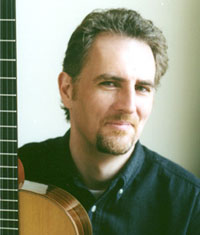 Dr. Yates has achieved wide recognition as performer, recording artist, teacher, and scholar. He is featured in the important reference work The Classical Guitar - Its Evolution, Players and Personalities Since 1800  (2002) and in the recent Instrumental Influences: Reflections on the Classical Guitar from the Instrument’s Most Influential Performers and Pedagogues (2011). He has also been the subject of interviews and reviews in numerous international guitar journals, including Guitarre Aktuel, Il Fronimo, Classical Guitar, Soundboard, Guitart, Guitarre und Laute, Guitar International, Fingerstyle, Suonare, Teaching Guitar, Ocho sonore, and Gendai Guitar.

A past prize-wiiner in such prestigous competitons as the the Myra Hess (London), Volos (Greece) and Guitar Foundation of America (Los Angeles), his performances as solo recitalist and concerto soloist have taken him throughout Europe and the United States, as well as to Asia, Australia, and South America. These have included appearances at the National Radio Hall Bucharest, the Seattle and Dallas symphony centers, the Lagonegro Contemporary Music Festival, the Amsterdam Guitar Series, the Guitar Festival of Great Britain, the international conventions of the Guitar Foundation of America, the Music Educators National Convention, and numerous other festivals, colleges, universities, guitar societies and community arts venues.

His CD and DVD recordings include his widely-acclaimed guitar transcriptions of the Bach Cello Suites, first recordings of major chamber works by John Rutter and Mario Castelnuovo-Tedesco, first recordings of classical-period guitar concertos by B. Vidal, Charles Doisy and Giovanni Battista Viotti, period arrangements for two guitars of Music by Beethoven, Mozart, Haydn and Rossini, a CD of music by Lennon and McCartney, CDs and DVDs of instructional music, and the DVD film Francisco Tarrega: His Life and Music.

His numerous editions and arrangements are published in the Stanley Yates Series by Mel Bay Publications and by Chanterelle Verlag (Heidelberg), and include comprehensive performance editions of music by Bach, Albéniz, Rak and Shand, contemporary music, concertos by Vidal, Doisy and Viotti, and a multi-volume series of didactic works. His scholarly articles dealing with the music of Bach, Sor, Albéniz and Villa-Lobos, among other topics, have been published in ten languages.

Described as “one of the leading pedagogues of our era” (Soundboard Magazine), he has conducted masterclasses and presented lectures at numerous festivals, colleges, universities, and conservatories, including the Royal Academy of Music (London), the Royal Conservatory of Music, Glen Gould Professional School (Toronto) and the Royal Northern College of Music (Manchester), and has been an advisory board member of the Guitar Foundation of America, an editorial board member of the European Guitar Teachers' Association, and guitar editor for the American String Teachers Association.

He was the 2002 recipient of APSU's Hawkins Award for Excellence in Scholarly and Creative Achievement, the 2007 APSU Presidential nominee for Robert Cherry Outstanding Teaching Award, and recipient of the 2009 Bergen College Distinguished Artist Award “for outstanding contributions of artistry, dedication and service to the world through the performing arts.”

He received performance diplomas from Trinity College London and Sandown College Liverpool (with a rarely awarded distinction) and post-graduate degrees from the University of Liverpool (with distinctions in performance and music analysis) and the University of North Texas (where he received the Morgan Dissertation Award for Excellence in Music Performance).