The Wyatt Award is named after Fessey Wyatt Hackney and the late John Wyatt and is sponsored by the National Alumni Association and the Office of Student Life and Engagement. 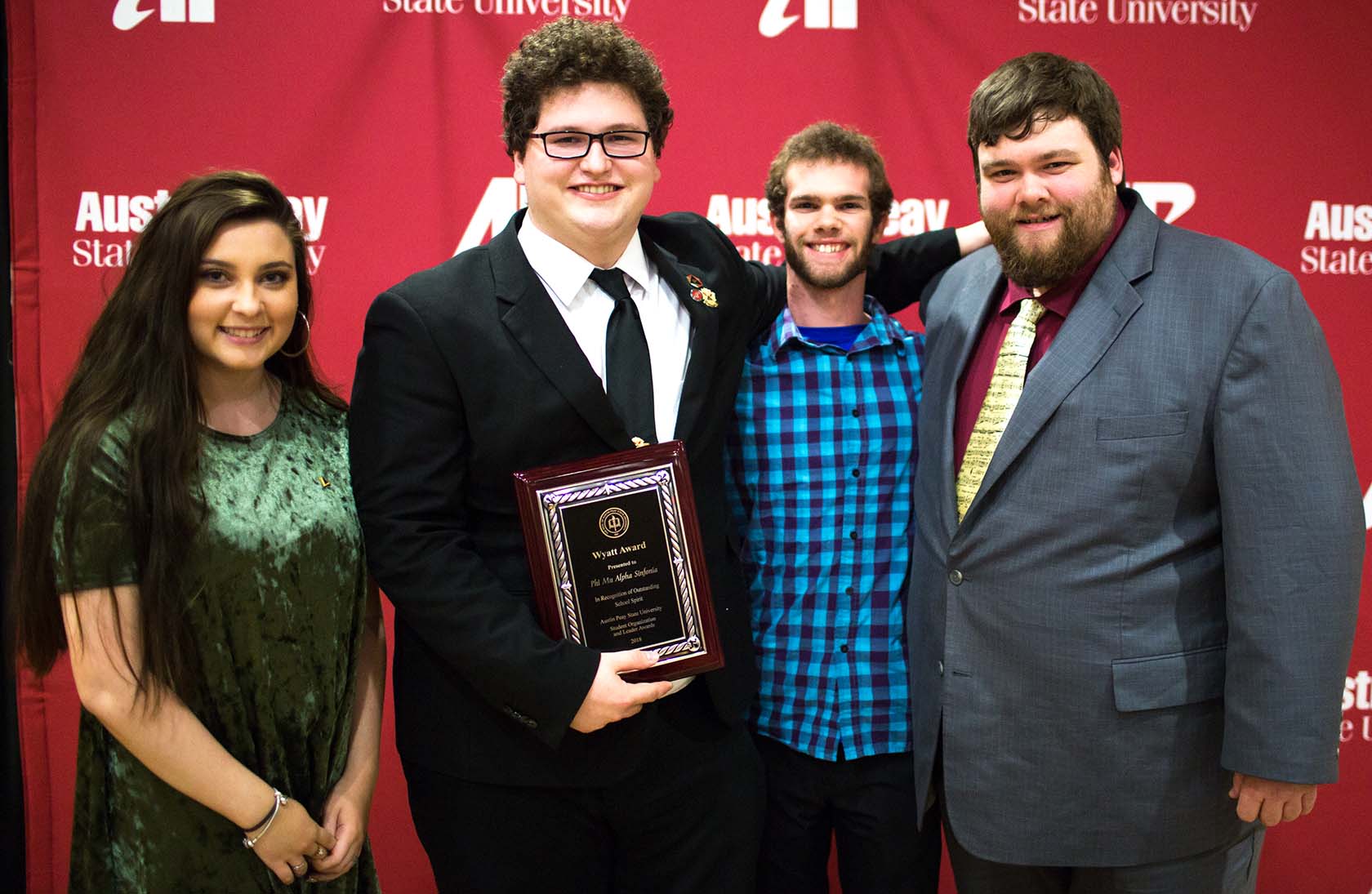 Established by the APSU National Alumni Association in honor of the enthusiastic contributions and dedicated volunteerism of Fessey Wyatt Hackney and the late John Wyatt, this perpetual award is presented annually to the APSU student organization who exemplifies the most school spirit throughout the academic year.

Managed by the Student Organization Council (SOC) and the Office of Student Life and Engagement (SLE) this award recognizes a student organization for overall efforts to contribute to the University community. The Award is presented at the annual Student Organization and Leader Awards ceremony in April, for programs occurring in the current academic year.

The winner of this prestigious award will be presented with the “Wyatt Award” (to be passed along each year to the winning organization) along with a cash award of $1,000 to your organization’s fund.

Participation instructions can be found on PeayLink.