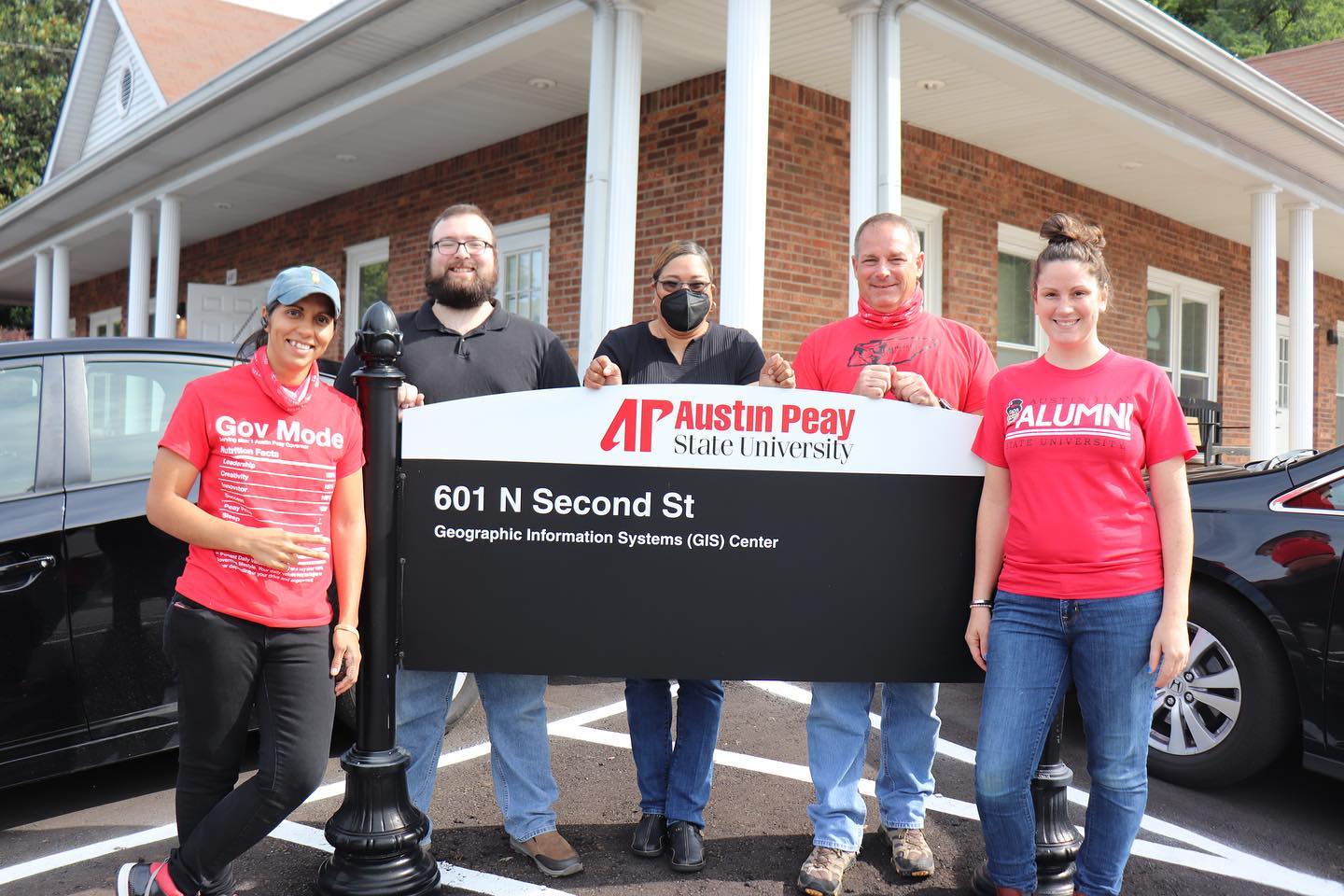 Search and rescue “pretty much was what everybody was doing,” he said. “And we took the (drone-captured) images back to the command post, and they wanted maps (to help in the search). They had no internet, no mapping capabilities, nothing.”

“I started getting any data I could, and we started making maps,” Wilson said. “We were there the rest of the week, and we basically made maps for them.”

The GIS Center at Austin Peay has responded to community needs for 23 years – including the 2018 manhunt for Kirby Wallace – but the center’s work extends well beyond emergencies, from creating a tactile map for students with low or no vision to surveying wetlands at Fort Campbell.

The community will get a chance to see that work firsthand on Wednesday, Nov. 17, when the center opens its doors to celebrate GIS Day. The open house is from 9 a.m.-4 p.m. at the center and will include tours, demonstrations and a free lunch (from 11 a.m.-1:30 p.m.).

“We’re going to invite the community to come visit us and see the new space,” Wilson said, referring to the GIS Center’s expansion and revamping of the building at 601 N. Second St. “I want to highlight the work that we’re doing here.”

Mapping after the Waverly flood

During the flooding in Waverly and its aftermath – which killed 20 people and destroyed hundreds of homes in Humphreys County – the GIS Center helped officials in several ways.

“We put together a mapping application that they could use on mobile devices to do damage assessments, and we trained folks and worked with them on compiling data,” Wilson said. “We made maps for law enforcement. We made maps of where they had supplies going into critical areas.

“Here’s a map that can show here’s a distribution site, here’s a shelter,” Wilson added. “Three weeks later, we were making maps for debris removal. We made, I’d say, a couple hundred maps, and we made several mapping applications.” 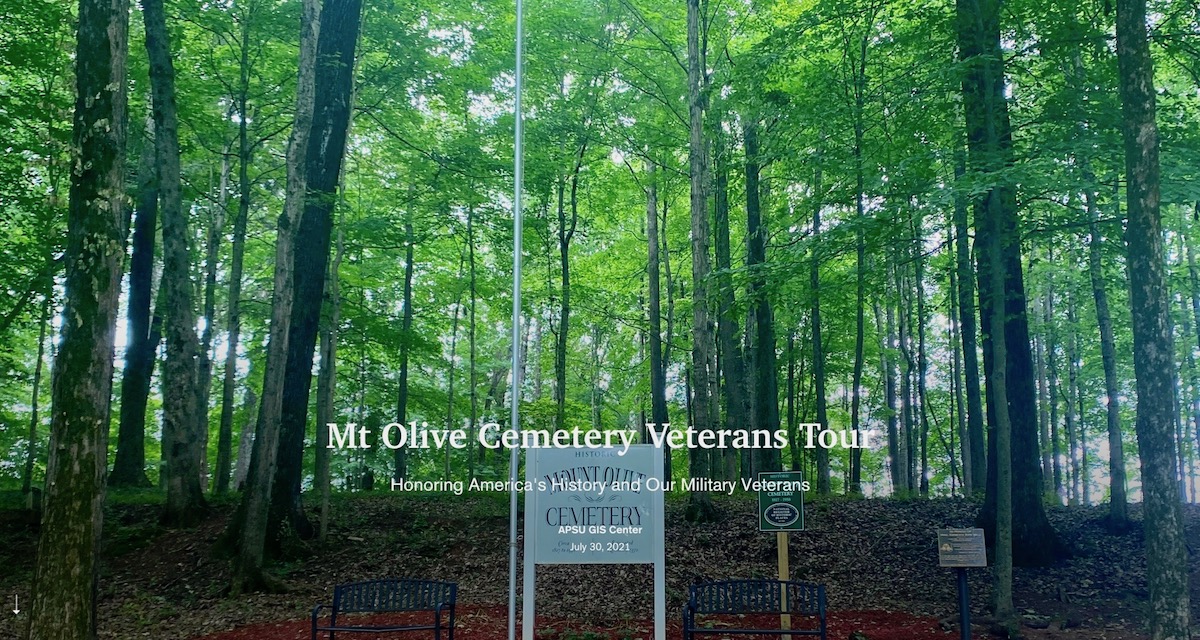 The Mount Olive Cemetery veterans story map is one of many student-created projects at the GIS Center.

The GIS Center has been busy recently. In addition to responding to the flooding in Humphreys County, the center has:

Students help to lead these efforts. And Austin Peay students can bring their resumes to the Nov. 17 open house to apply for GIS Center jobs.

“We really try hard to get the students involved when we have the right project where we get them to sit down with the client and talk to them and figure out what’s needed,” Wilson said. “But I also want the students to learn.”

To see more of what the GIS Center has worked on recently, click on the center’s projects page. 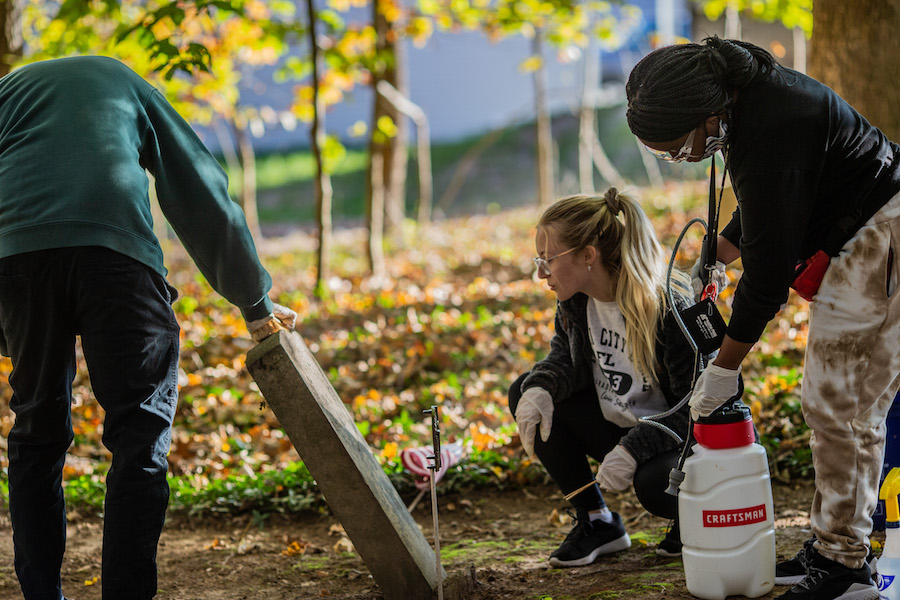 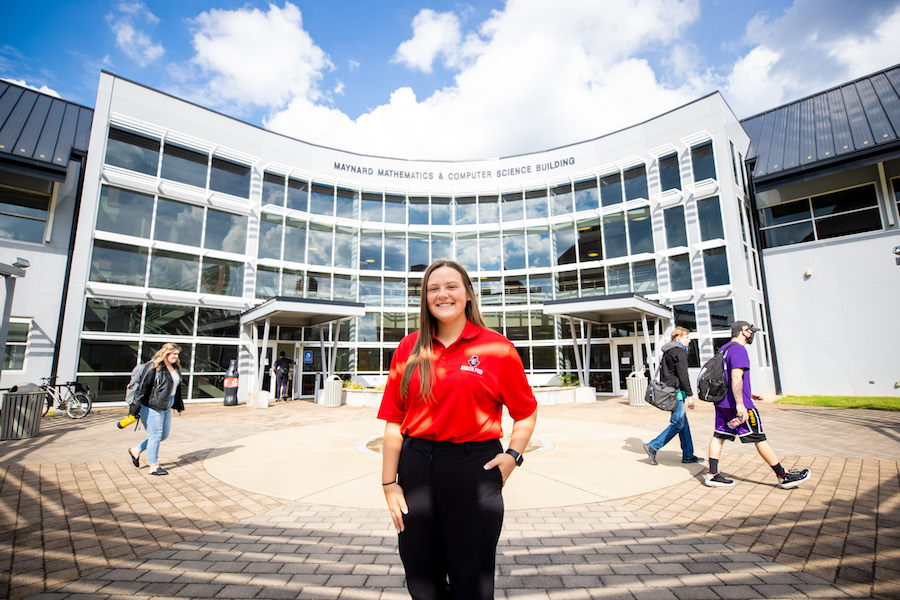 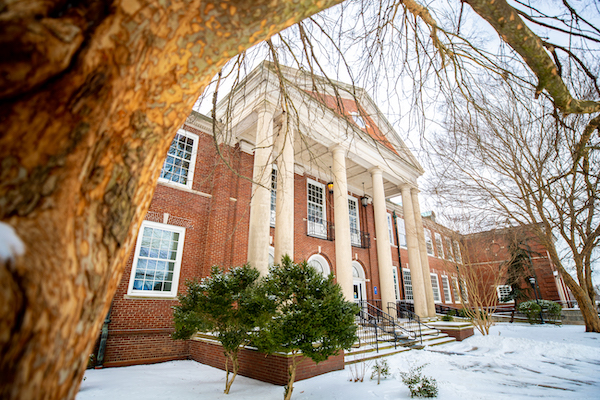