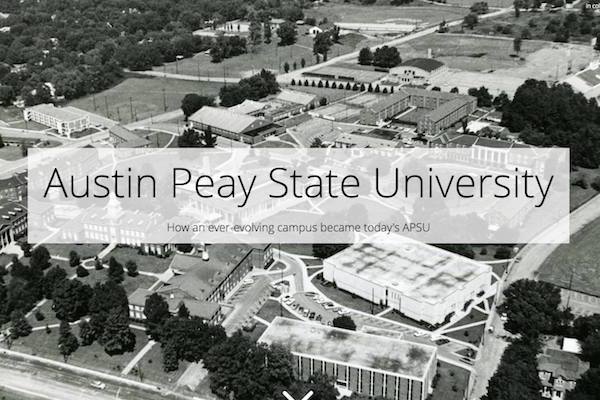 CLARKSVILLE, Tenn. – Rachael Perkins, a first-semester geoscience student, probably knows more about Austin Peay State University history than most people on campus. She can tell you about William Stewart, the professor who studied meteorology before he died in 1877. If you’re interested in historic dates, she might tell you how Austin Peay officially became a university on Sept. 1, 1967. Or, if you prefer trivia, she can mention that Richard Rhoda served as Austin Peay’s interim president for four brief months in 1994.

Not bad for someone who only arrived on campus in August.

“It’s my first semester, I’m a transfer student, so I didn’t know anything when I first got here,” she said. “Now, I feel a lot more at home and in touch with the campus.”

Perkins arrived at APSU this fall as a nontraditional student with a background in geographic information systems (GIS), which is how she ended up as a student analyst for Austin Peay’s GIS Center. One day, she was given several old aerial photos of campus. Instead of simply putting them online, she spent months tracking down other images and stories to create a map through time that presents a visual history of Austin Peay. Now, anyone can quickly learn the APSU story by visiting https://apsu-gis.maps.arcgis.com/apps/Cascade/index.html?appid=0a30a629bbe74462aedb7ba43cc60fe3.

What is a story map?

To tell the University’s history through images, Perkins created a story map. Esri, a leading GIS software provider, offers a free story map template that allows developers, such as Perkins, to combine images and text in more dynamic ways.

“It’s a cascading story map, and it’s an excellence tool for getting a narrative out there,” she said. “It’s not hard to flip through, and its broken up into nice, manageable bits. Hopefully, everyone will now know more about the history.”

Visitors to the Austin Peay story map will discover a visual timeline, with text they can scroll through on the side, along with images showing the evolution of the Austin Peay campus. The photos show iconic parts of the University’s history, from the old Castle Building to the aftermath of the January 1999 tornado. 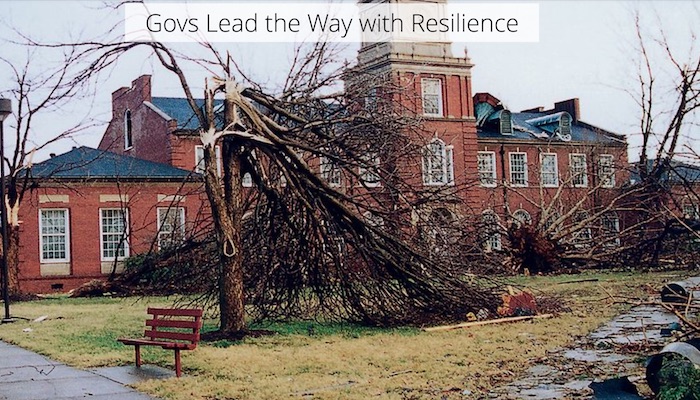 For the last few years, Scott Shumate, library IT analyst, wanted to do something with the library’s collection of aerial campus photographs. He had several, dating back to the 1960s, and when the GIS Center gave a presentation on its drones, he wondered if they could help.

“I said, ‘We have this idea that we could do something with all these photos, like reproduce some of them,’” he said. “But the idea grew as we learned more about the campus.”

Shumate met with Mason Cordell, GIS analyst, who quickly realized they could do more with this type of project.

“As I talked with him about it, I realized they had this whole wealth of history that was fascinating,” Cordell said. “I also knew Rachel had a talent for writing and words. And she took it to the next level.”

Shumate agreed. “It grew into this expansive thing,” he said. “It was neat to see visualized a lot of the history that we had become familiar with.”

When Perkins took on the project, she decided to use every resource available to her. She looked through the library’s digital collections, spending hours hunting down photos and reading old articles from The All State, Austin Peay’s student newspaper. In the end, she used GIS tools to create a map through time rather than space.

“An important skill is being able to convey the information that is relevant in a way that is also easily accessible,” she said.