CLARKSVILLE, Tenn. – Austin Peay State University – Tennessee’s fastest-growing public university – is looking to attract more students from other states by drastically cutting its out-of-state tuition. For years, students living outside of Tennessee paid about $11,000 per semester, but a new rate approved by Austin Peay’s Board of Trustees nearly cuts that amount in half to just under $6,200 for 12 credit hours.

“The majority of our students are from the Clarksville-Montgomery County area,” he said. “It’s important for us to attract students from other states who bring different perspectives, culture and knowledge to our campus.” 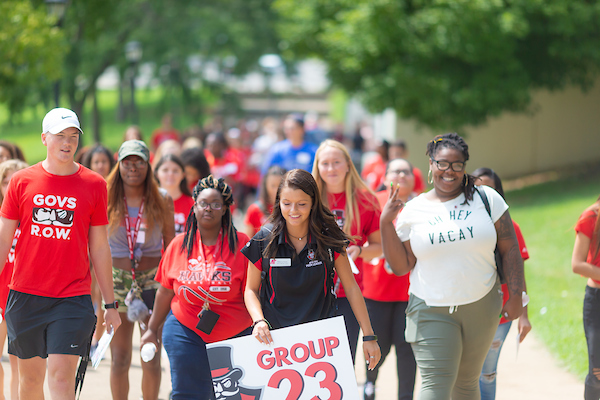 APSU is the fastest growing public university in Tennessee.

The new rate comes at a time when more people are finding their way to Austin Peay. In the fall of 2018, the University far outpaced other Tennessee schools with a 4.7 percent enrollment increase, making it the fastest-growing public university in the state. That fall, the University experienced a record enrollment with 10,954 students, and part of that growth came from a 23 percent increase in out-of-state students.

“In many cases, our tuition rates are now below what universities in other states offer their own residents,” he said. “And students who choose to come here will find a thriving campus with a more than 200-year history.”

To find out more about the University and its out-of-state offerings, visit www.apsu.edu/outofstate.

Note: Listed tuition rates are estimates until budgets are finalized this summer for the 2019-20 school year. 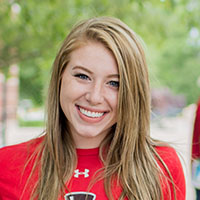 Alexis Larkin | Ohio Native | Marketing major
“Because I made the decision to come to Austin Peay, I have so many friends from places I’d never heard of back in Ohio, and I’ve been exposed to so many cultures and different ways of life that I wouldn’t have if I had chosen to stay home for school. Making the decision to go away for school can be difficult because you have to be comfortable being on your own, but it has been so worth it for me.”
Read More