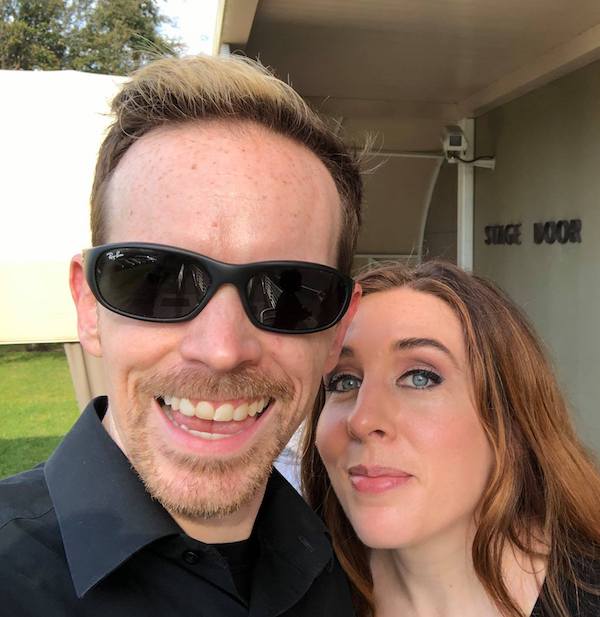 Christopher and Sarah Bailey snap a selfie before they perform with Sarah Brightman.

CLARKSVILLE, Tenn. – For a late Valentine’s Day present, Dr. Christopher Bailey desperately wanted to get his wife tickets to the Sarah Brightman concert in Atlanta. Nine years earlier, on their first date, the couple bonded over their mutual love for the classical-crossover superstar who originated the role of Christine Daaé in Andrew Lloyd Weber’s “The Phantom of the Opera.” Bailey, an Austin Peay State University musical theater professor, might have even owned a cardboard Sarah Brightman CD display as a teenager.

“She’s an enormous musical influence for me and my wife,” he said. “I tried to get tickets for her Atlanta show, but we could not get our schedules together.”

The disappointment of not seeing their musical hero lasted only a few hours. Later that same day, the Baileys received a phone call.

“We learned that we might not be able to go to the concert, but we would be able to work with her, meet her and sing all her hits with her,” Bailey said. “It was magical.” 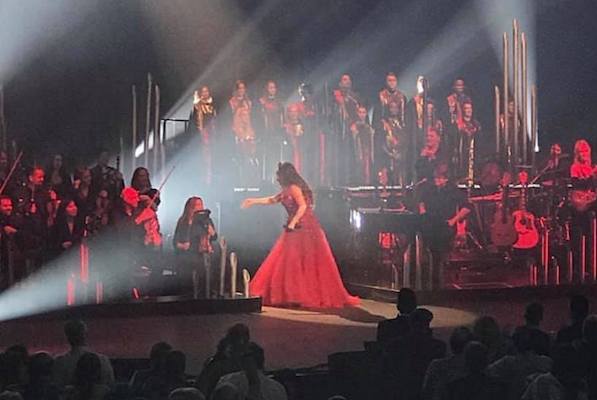 Earlier this semester, Bailey and his wife, Sarah Michele Bailey, were contracted as background vocals for three of Brightman’s tour stops in Florida. The couple traveled south to perform at sold-out venues, such as the Seminole Hard Rock Hotel and Casino in Fort Lauderdale, and the Dr. Phillips Center for the Performing Arts in Orlando. The concerts were part of Brightman’s world tour, promoting her new album “Hymn.”

“It was like a rock concert, because when we started in with the organ music for ‘Phantom,’ there were screams,” Bailey said. “And I know all her stuff. There were 28 songs I got to sing for her, and I knew 27.”

The APSU professor and his wife were picked for the exclusive job because they’re known as talented performers who can comfortably sing in multiple languages. For the Brightman concerts, they sang in six – English, French, Italian, Latin, Spanish and a made-up language.

“It was one of those moments when I was like, ‘My training! It worked!’” Bailey said.

In addition to meeting his icon, the APSU professor was able to perform her hits, such as “Masquerade” from “The Phantom of the Opera,” and “Time to Say Goodbye.”

“I was not nervous,” Bailey said. “I was more affirmed because nothing about the experience was a letdown. The level of excellence that Ms. Brightman maintains on her set is exquisite. She’s very guarded and I respect it. But she was very gracious.”

Bailey is back at Austin Peay, where he is currently directing the Department of Theatre and Dance’s spring musical, “The Pajama Game.” That show runs from April 11-14 at the Trahern Theatre.

For information on Bailey or the department, visit http://www.apsu.edu/theatre-dance/.