Home » Department of Music » Faculty and Staff » Dr. Korre Foster
In this section 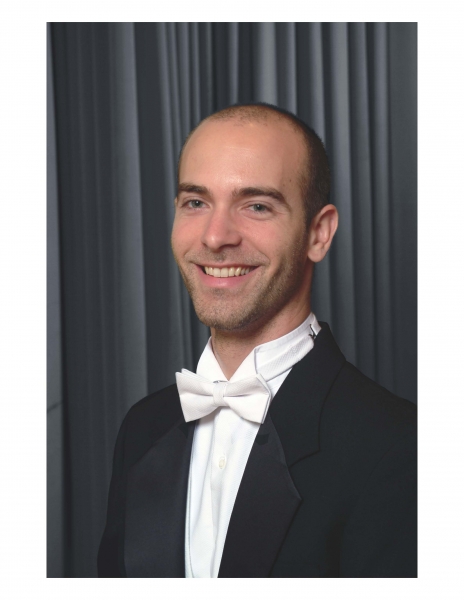 Korre Foster is Associate Professor and Director of Choral Activities at Austin Peay State University, where he serves as conductor of Chamber Singers and University Choir, and teaches courses in conducting, choral literature and music education. In addition, he mentors graduate students in choral conducting and thesis research. Dr. Foster is a recipient of the Austin Peay State University Socrates Award for Excellence in Teaching.

Since joining the faculty in 2009, Foster has inspired choral singing at APSU with adventurous programming. Performance highlights include David Lang’s The Little Match Girl Passion, Johannes Brahms’ Liebeslieder Walzer, Jeffrey Wood’s In the dark times will there also be singing?, and JS Bach’s Mass in g-minor performed with Music City Baroque. He created Choir Fest, which brings over 500 student singers to campus every year. Other highlights include the invitational BIG SING for outstanding high school choirs and the annual Holiday Dinner—now celebrating its seventh year as a formal dinner of joviality and music raising scholarship money for students.

Artists such as Chanticleer, the Fisk Jubilee Singers, Ensemble Amarcord, and Meredith Monk have performed at APSU. In the coming year, the choirs will perform Alexander Levine’s Prayers for Mankind in addition to Monteverdi’s Messa à quattro voci da cappella, which allows graduate students to conduct music they have researched for their theses. Chamber Singers have given the world-premiere of Daniel Elder’s The Well-Closed Doors, Jeffrey Wood’s Shalom Aleichem, and Sydney Guillaume’s Fèt Chanpèt. They perform compositions newly written for them in Clarksville and while on their annual tour.

Foster was awarded the Harriet Hale Woolley Scholarship which took him to live in France. During his years in Paris, he worked with the choirs and orchestras of both the Académie de Musique and the Palais Royal. He collaborated with Jean-Philippe Sarcos in preparing choral standards such as Beethoven’s 9th Symphony, Mozart’s Requiem, Saint-Saëns’ La terre promise, Haydn’s Missa Cellensis, Poulenc’s Gloria, and Orff’s Carmina Burana—performances that were recorded and televised. While in Paris Foster opened a private voice studio, took voice lessons with Glenn Chambers, Professor of Voice at the Conservatoire National Supérieur de Musique et de Danse de Paris, and sang with Voices—an ensemble based in the repertoire of American spirituals.

He has prepared choruses for and has sung under the batons of Michael Tilson Thomas, Helmuth Rilling and Franz Welser-Möst in choral works such as Brahms’ Ein Deutches Requiem, Haydn’s Die Schöpfung, Ives’ Holidays Symphony, and Schubert’s Mass in E-flat. While in Florida he sang with the Master Chorale of South Florida and he continues to sing professionally with the Tennessee Chamber Chorus.

With a focus in French Baroque music, Foster has been sought out for assistance in putting up performances of such repertoire in both the Czech Republic and here at home. In addition to rehearsing and adjudicating in the United States, he has traveled to Riga to research Latvian choral music and was invited to return to Paris to conduct a series of summer concerts. He created a program of all-American choral music for the French choir and audiences.

He is a member of Pi Kappa Lambda, the College Music Society, the American Choral Directors Association, the Society for Interdisciplinary French Seventeenth-Century Studies, and represents the state of Tennessee on the board of the National Collegiate Choral Organization. He holds the Doctor of Musical Arts in Choral Conducting from the University of Miami, the Master of Music in Choral Conducting from the University of Arizona, the Bachelor of Music in Vocal Music Education and the Bachelor of Arts in French from Millikin University.