Home » News » Meet Jennifer Stevens, a first-generation college student who never gave up on her, or her daughter’s, dreams
In this section
Public Relations & Marketing

Meet Jennifer Stevens, a first-generation college student who never gave up on her, or her daughter’s, dreams 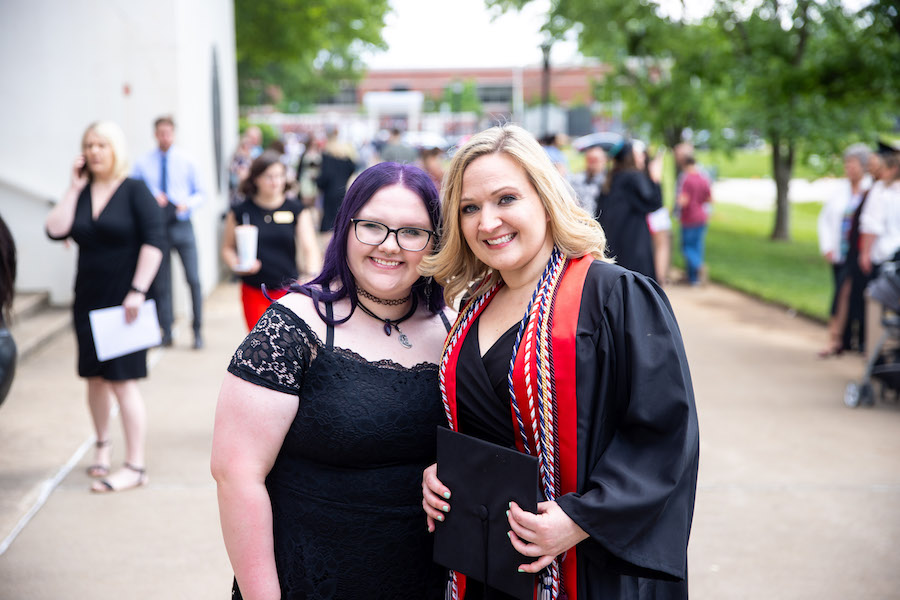 Stevens and her daughter, Alex, at APSU's spring commencement. 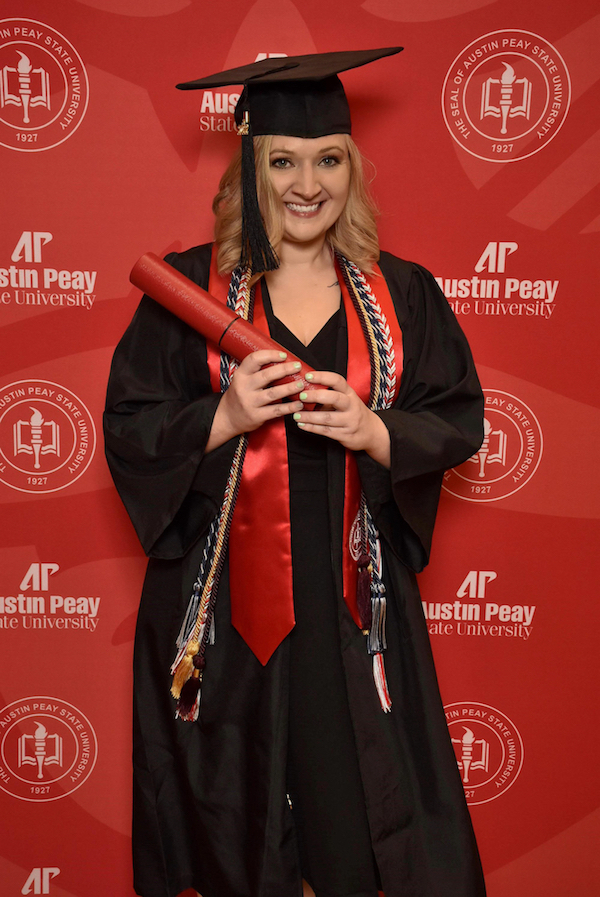 When Jennifer Stevens returned home to Tennessee as a single mother in January 2018, she knew that she had to find a way to take care of herself and her 12-year-old daughter.

“I started college that same week, and I knew that I had to do something that I always wanted to pursue,” she said. “I had to take care of my kid and finally chase my dreams.

Those three words, as tiny as they are, hold a profound space in Stevens’ life. They persist in her success story, which is only at its beginning.

The week after she returned to Tennessee, Stevens began a four-year journey that culminated in early May 2022 when she walked across the stage at Austin Peay State University’s spring commencement.

And a week after she earned a Bachelor of Science in Engineering Technology, she started a construction management job at CDM Smith in Nashville.

And later this summer, the Pegram, Tennessee, native will begin her pursuit of a master’s degree in civil engineering with an emphasis on construction management at Vanderbilt University.

And she will have done all of that as a first-generation college student.

“It means a lot,” Stevens said. “It’s changing the future for my family. It’s like saying, ‘Hey, we can do better. It’s OK to want more. It’s OK to climb that ladder.’ We struggled to live paycheck to paycheck, and I don’t want that for my daughter.”

Stevens’ accomplishments also will help lift her daughter – Alex Ross, a sophomore at Stewart County High School who has her eyes on attending Austin Peay – into a second-generation college student. 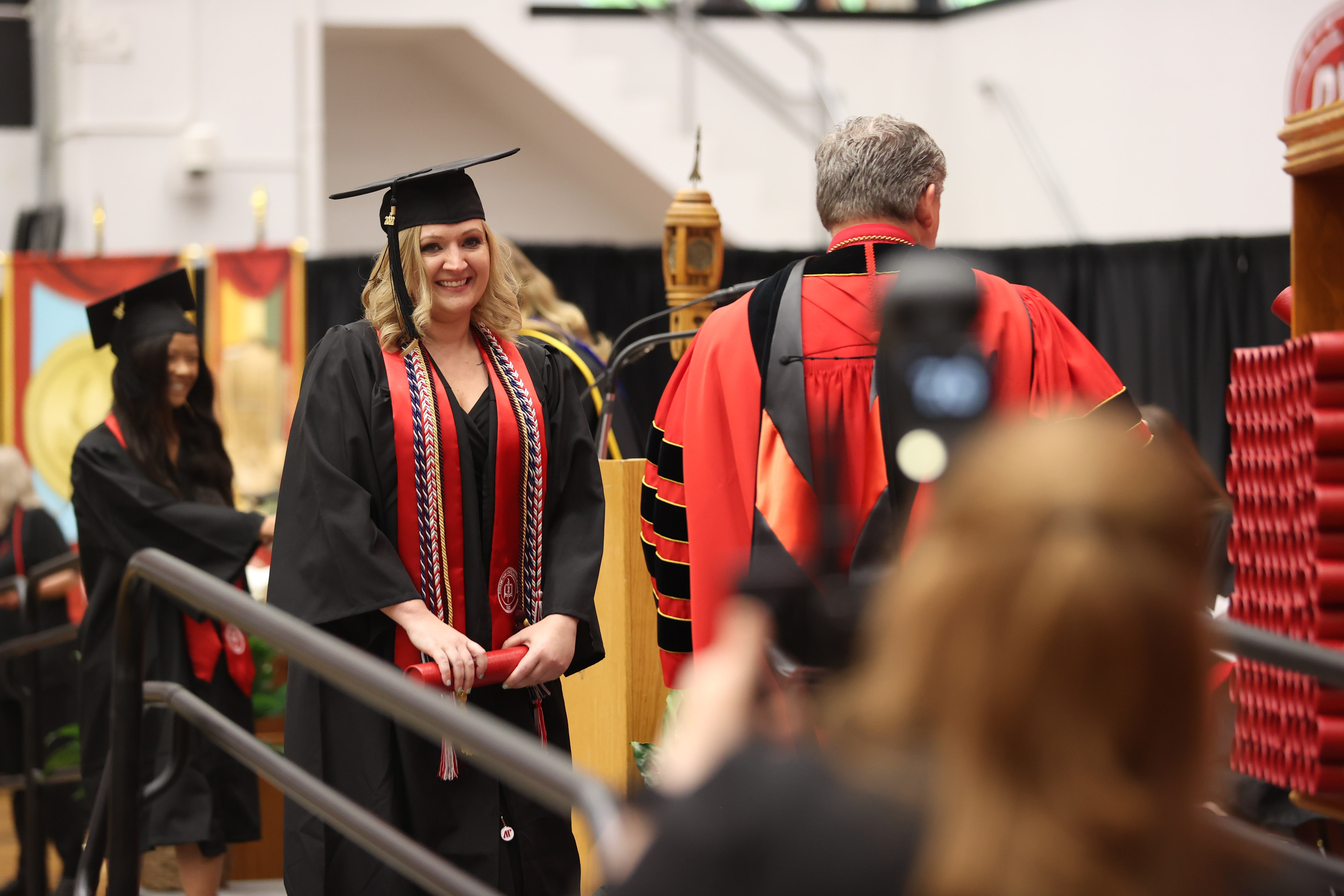 Finding a passion for construction

Stevens’ return to Tennessee in 2018 also represented a return to engineering.

At age 21, she was a construction laborer working for the union while pursuing a degree in engineering. That’s when she met her husband, a young soldier.

“When I got married, I thought, ‘Oh, well, you need to be a good wife.’ And we got a (permanent change of station) and it was just going to be too hard to jump around colleges trying to finish a degree, especially in engineering or engineering technology. I just put it on the back burner.”

Even though she delayed her college efforts, she discovered a passion for construction during those years.

“I started as a laborer working for the union, and it was hard work and it was dirty work,” she said about her time at TVA plants in Gallatin and Cumberland where “they had me in coal bunkers.”

“But it introduced me to construction, and I fell in love with watching things come together, so when I got the chance, I thought, ‘OK, I don’t want to be on the ground anymore. 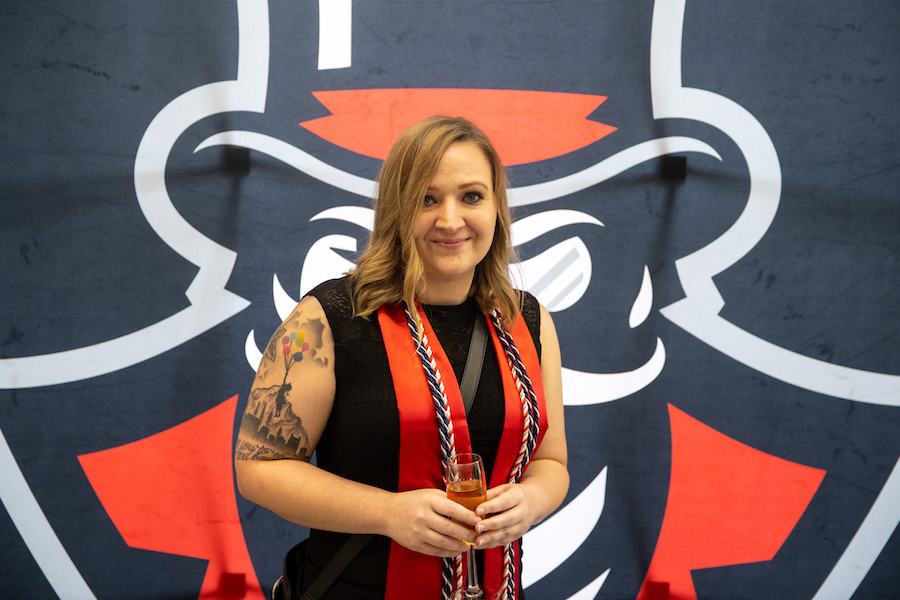 In the summer of 2021, as Stevens navigated the engineering technology program at Austin Peay, she landed an internship at CDM Smith.

The company was so impressed by her work that they hired her at the end of the summer even though she had another two semesters to finish in college.

During her last semester before starting the new job, Stevens loaded her class schedule with 21 credit hours.

Also during the 2021 internship, her CDM Smith bosses persuaded her to apply to graduate school at Vanderbilt.

“They told me to apply for it and see what happens,” Stevens said. “So I did.”

She was with the chair of Austin Peay’s Department of Engineering Technology, Professor Ravi Manimaran, when she learned Vanderbilt had accepted her as a master’s candidate. The university also awarded her a 50% scholarship, and CDM Smith will reimburse her 75% of the remaining cost.

“I had just taken my final, and I got a ding,” Stevens said. “It was an email acceptance letter from Vanderbilt, and I was just in tears.

A Christmas trip to celebrate

To celebrate Stevens’ accomplishments, she and her daughter are planning a Christmastime trip to The Wizarding World of Harry Potter at Universal Orlando.

“We haven’t been on any kind of vacation in four years-plus,” she said. “I told her, ‘This year for Christmas, we’re going to Hogwarts.’”

She’ll use the money that she saves from her new job.

“Financially, I’m not going to hurt anymore,” Stevens said. “We get to go out and make these memories.”