Josh Middleton and Charles Tracy from the Google data center speak at the coding camp.

On the last day of one of the Google-sponsored summer coding camps at Austin Peay, a trio of representatives from the Google data center in Montgomery County stood at the front of the classroom bracing for the youngsters’ questions.

“You can ask any question you’d like, crazy questions,” said Josh Middleton, one of the data center reps. “Ask some silly question.”

And one of the middle schoolers took the challenge: “Random question: That big container of cups, are those still there?”

On the last day of every coding camp – the middle school camps ended last week, and the high school camps started this week – representatives from the Google data center present a short video tour and answer all sorts of questions from the campers.

“This is the future of our industry regardless of which path they take, whether it’s coding, scripting, hardware networking, infrastructure,” Middleton said. “I want to see them thrive, give them something to work toward.”

Google provided funding for the camps – this year awarding a $48,000 grant to Austin Peay. Much of the money helps to cover the campers’ costs, allowing some to attend five days of camp for as little as $10.

And workers from the data center volunteer to come to speak to the kids each week. Jason DePriest and Charles Tracy joined Middleton on June 17, at the end of the girls-preferred Minecraft middle school camp. Each has visited the coding camps several times.

“Giving kids these opportunities is super important,” DePriest said. “We see this blend of entertainment (Minecraft) and coding where they know they’re going to code but on something that they enjoy and are interested in.

“We all started with an interest like this, and it becomes a lifelong interest.”

Added Tracy: “And I like the enthusiasm the kids have. You can see that the future is bright. They can see what their goals might be, and if we can set them on that path, that’s more than enough for me.”

The young campers were enthusiastic, filling much of the 30-minute presentation with questions.

Most campers asked straight-laced questions, such as wanting to know how the data center works. The short answer, from DePriest: “All the websites that you go to, those are talking to a computer somewhere that’s hosting that website. That’s called a server.

“We have a building the size of Governor’s Square Mall full of servers,” he added. “Whatever your favorite website is, there’s a chance that we are actually hosting that, all the videos on YouTube, all the Gmail in the world, all the Google Classroom docs in the world.”

But some of the questions were – unpredictable.

The question about the large container of cups was a reference to one of the micro-kitchens at the data center shown in the video.

“One of the things that Google provides is snacks and drinks, lunch and breakfast, and you can see we’ve got a cooler full of drinks, orange juice and all of that.” 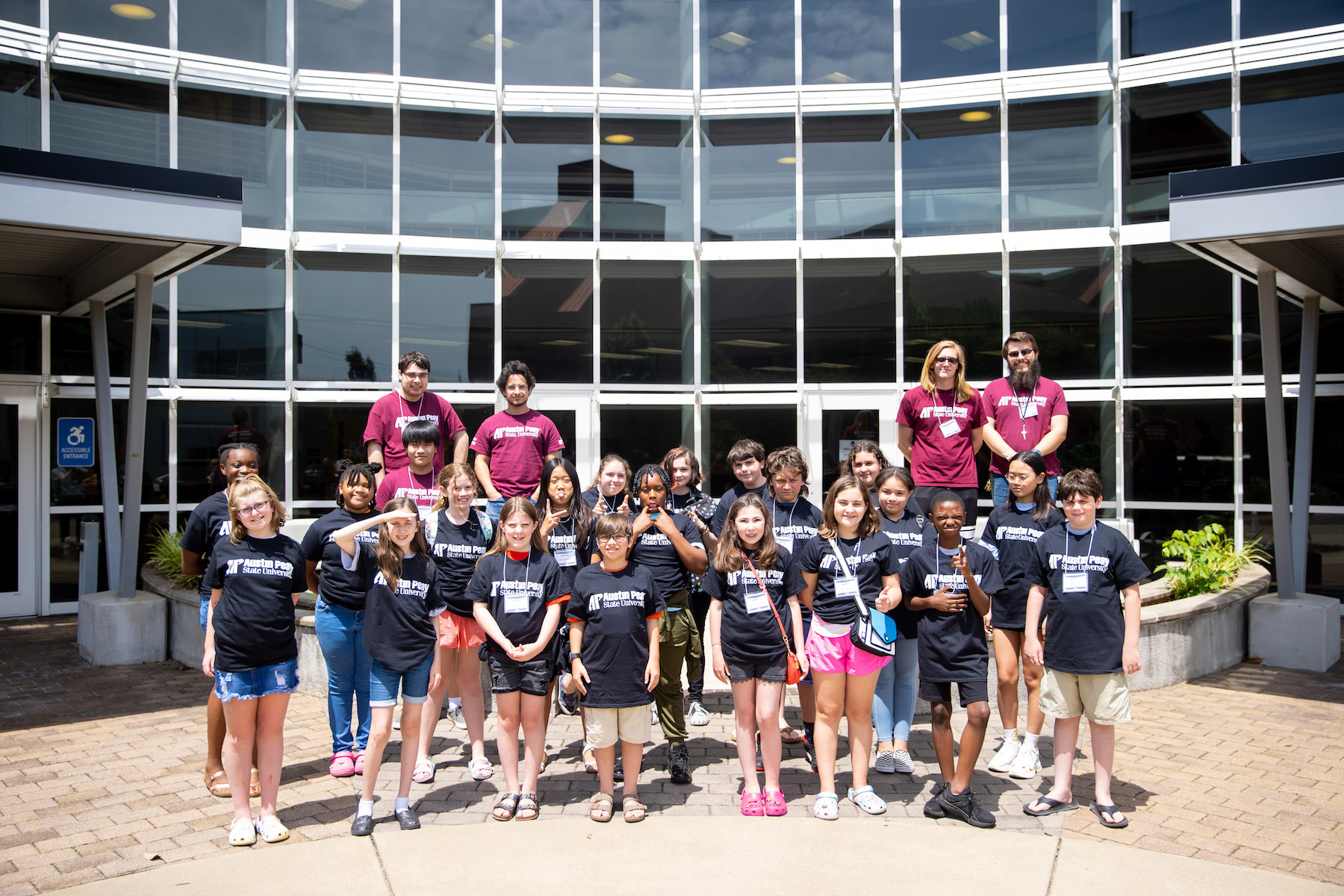 The youngsters and instructors at the Minecraft camp for middle schoolers.

What the kids think

The week leading up to the June 17 Google visit focused on the serious business of learning coding in Minecraft.

The Department of Computer Science and Information Technology runs the summer camps and added the Minecraft camp last summer. The camps are popular, and the students get a free year of Minecraft Education Edition. The camps added a Roblox option this year.

Hannah Dustan, who’s a Nashville homeschool student entering the sixth grade, loves Minecraft and knows the game really well. She attended the Minecraft and the website camps leading up to the June 17 Google visits.

“I play Minecraft every day with my siblings, and I know some Minecraft coding already, but I’ve never used an app to do it,” she said. “I’ve probably learned more at the website camp, but I have done stuff that I never knew I was able to do in Minecraft.”

She learned HTML, CSS and JavaScript during her week in the website camp.

Willow Dunn, who’s entering sixth grade at the Innovation Academy in Springfield, said the Minecraft expanded her abilities in the game.

“I’ve learned in coding that you can use some blocks together to make a whole new thing and some blocks help more than other blocks,” she said.

She wants to attend other offerings at the coding camps next year.