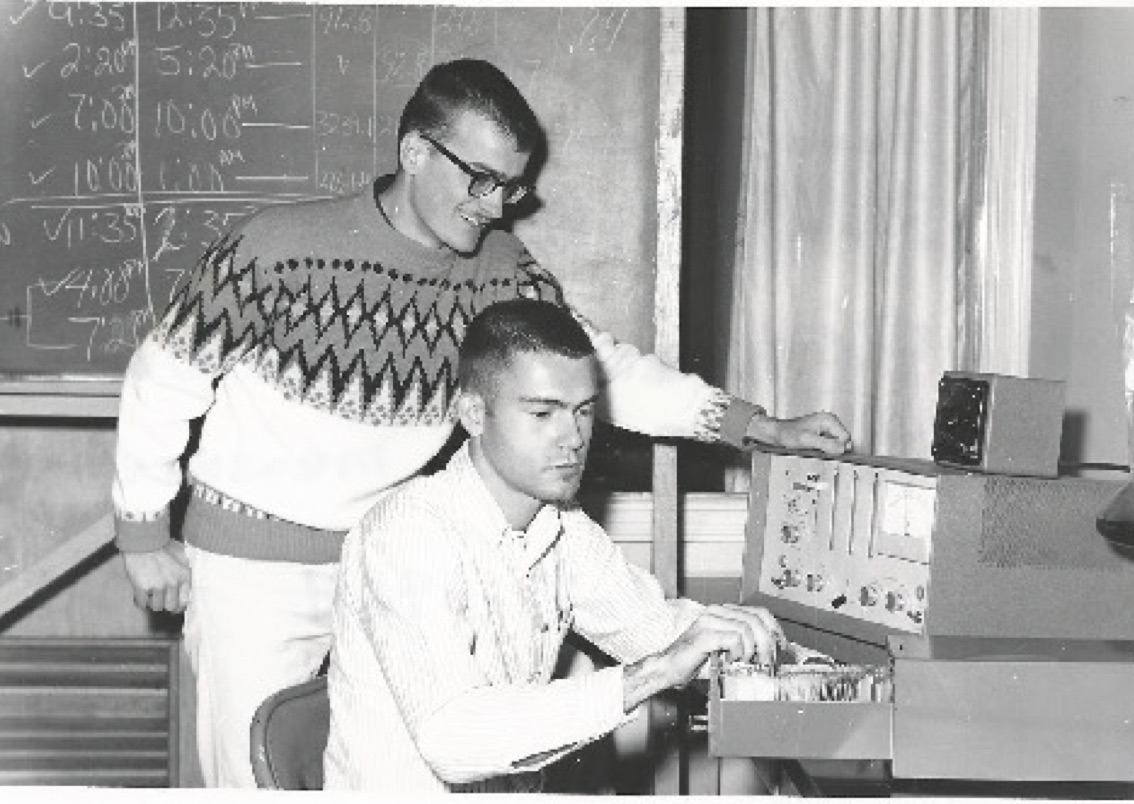 As a senior physics major in the Fall of 1964, I was asked by the Physics Faculty to take part in a research program they were conducting. The program was fairly simple, as research goes, but was important at the time. Although the U.S. and Russia had implemented the Partial Nuclear Test Ban Treaty the previous October (Ref. 1), ending their testing of nuclear weapons in the atmosphere, there was still radioactive fallout raining down around the globe. The APSU Physics Research Program measured the amount of radiation falling on Clarksville, and kept track of these data for use by public health officials, if need be.

The process was straightforward: air samples were taken between set times each day by a device like a high-powered fan sucking air through a specially prepared cloth which collected dust particles from the air. The device was set up on the grassy slope just outside the South side of the McCord Building.  After removal from the device, the cloth was then placed in a Geiger counter to measure the amount of radioactivity (on the dust particles) collected during the period. The data were plotted as counts per minute versus dates when the radiation was collected.

One thing the world was expecting to happen in the fall of 1964 was China’s explosion of their first atomic bomb, although just when the test would occur was unknown outside of China. This test would naturally be in the atmosphere, since no one had started underground testing yet. As fate would have it, I was in Huntsville, Alabama, visiting my bride-to-be on the weekend the bomb went off. As planned, I did not return home until Sunday, October 18. But when I arrived, my mother said that the Physics Department had been calling for me since Saturday morning, and that I should go there immediately.

When I got to the Department late Sunday afternoon, I found most of the air sampling team there working on analyzing data from the past two days, and I was needed to help with the number crunching. The Chinese bomb had exploded at 1:25 a.m. (Clarksville time) on October 16, and the Geiger counts had started to go up at APSU in the 7 – 10 p.m. sample on Saturday the 17th of October. So the APSU team had evidence of the Chinese bomb even before Oak Ridge National Lab, because the radiation was travelling west to east. 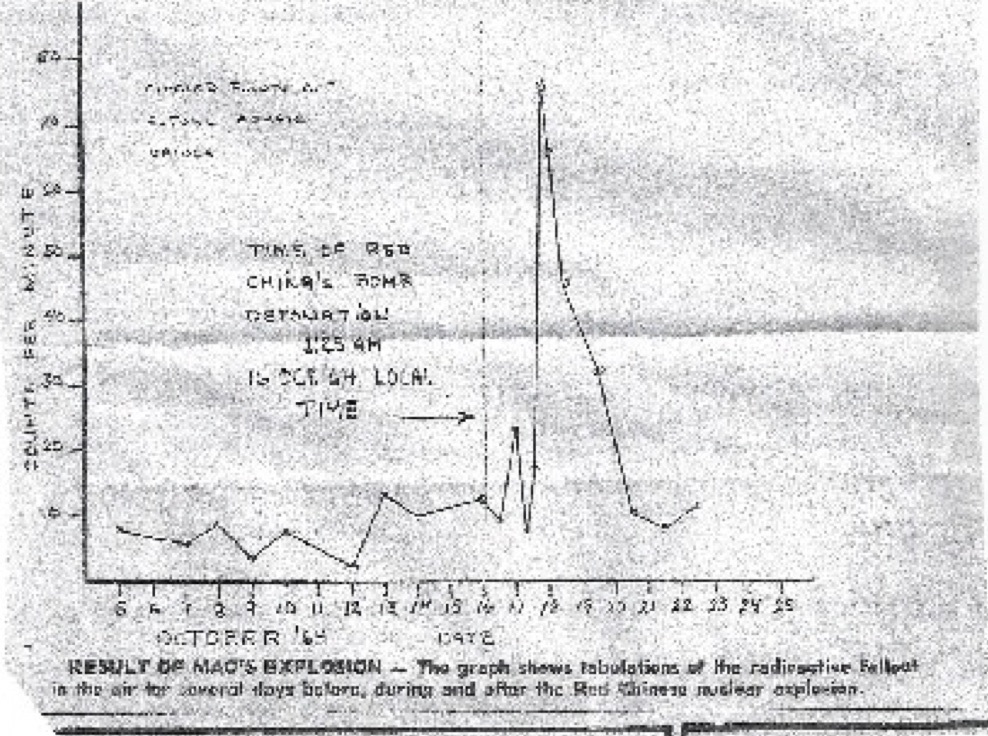 Graph generated by students that weekend.

At the time, how the radiation could travel from western China to Middle Tennessee in under 44 hours was a big mystery. That was because the full effect of the Jet Stream on atmospheric phenomena was not yet understood. The Jet Stream’s effect on aviation was fairly well understood, but the Chinese bomb radiation transport was one of the events that stimulated research into other environmental effects of the Jet Stream.

The actual graph we generated that weekend is shown in the Figure, which was published in The All State. What Mr. Mel Mayfield, the Physics Chairman at that time, did with the fallout data, I never knew. I assumed he sent it to Oak Ridge, since he had contacts at the Lab, but I do not know for sure. It was exciting enough that the APSU Physics Department could detect evidence of an event that occurred on the other side of the planet!