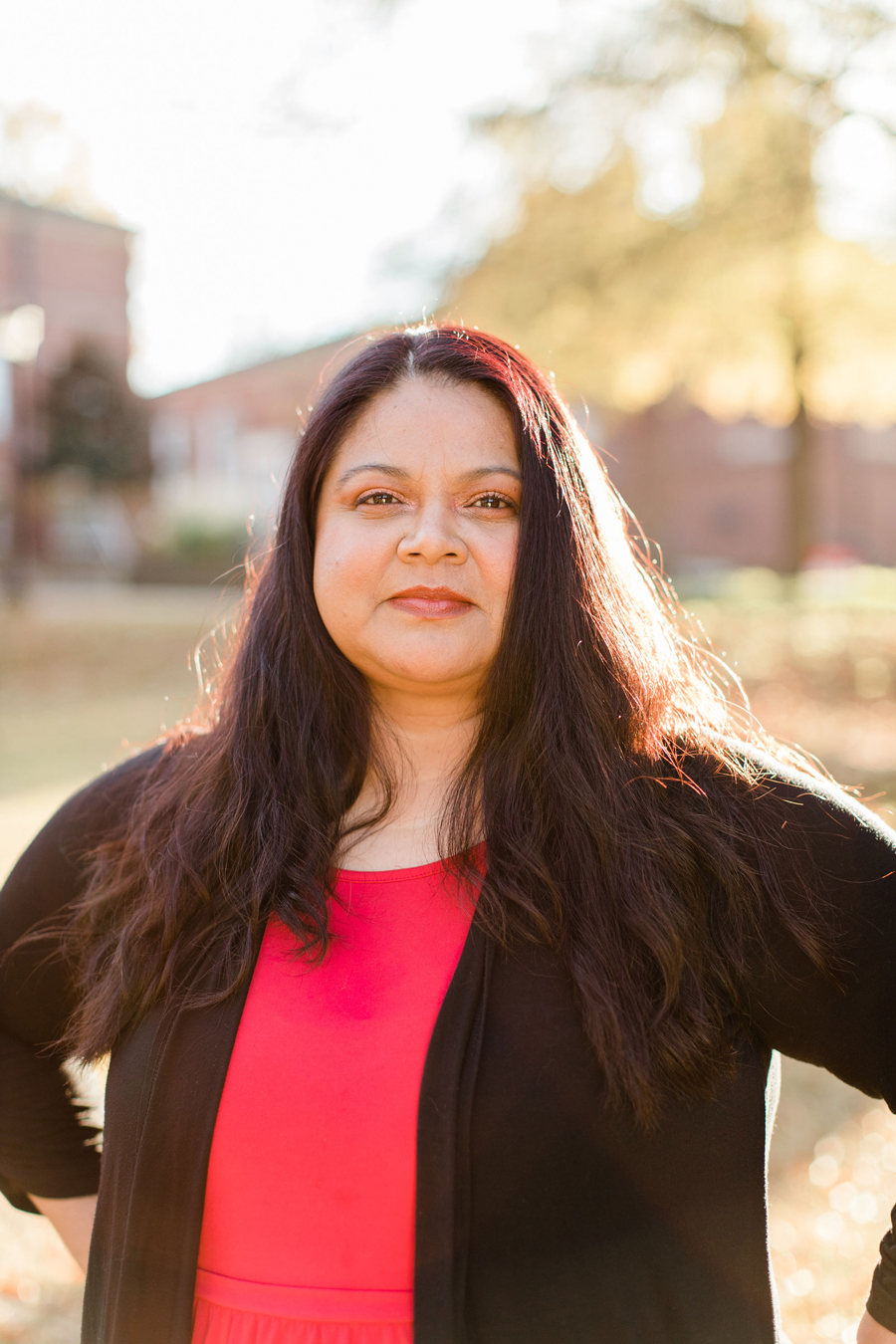 Jasmin Linares is the Director of the Newton Military Family Resource Center at Austin Peay State University. She is an Army Veteran who served as an active duty and reserve soldier since 1996; she retired in 2019. She completed her Bachelor of Science in General Business from the University of Phoenix, a Bachelor of Art in Foreign Language from Austin Peay State University, and a Master of Science in Management from Austin Peay State University. She started working for Austin Peay in 2007 as a Veteran Affairs Technical Clerk and then as a VA Counselor in 2012. In November of 2013, she assumed the duties of the Military Student Center (now the Newton Military Family Resource Center) Coordinator and has been in that role since. In February 2022, her position was elevated to Director. She oversees the Green Zone Ally program and serves as a member of the Military Education Task Force at Austin Peay State University. She is also a member of the Montgomery County Veteran Coalition in our community. She is passionate about helping those who are serving or have served and their families achieve their educational goals and assist in the transition from military life to college life, is her way of paying it forward. Her personal interests include traveling the world, dancing, and spending time with her beautiful daughter Valerie and her cats. 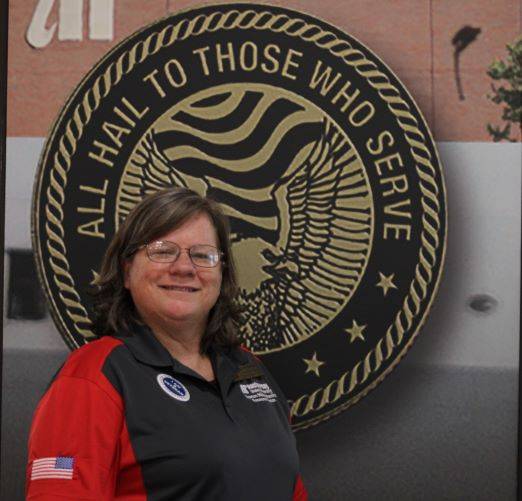 Dana Chadwick is the Office Supervisor of the Newton Military Family Resource Center at Austin Peay State University. She is an Army Veteran who served as an active duty and reserve soldier since 1989; she retired in 2009, with one OIF deployment in 2006. She completed her Bachelor of Science in Interdisciplinary Studies -- Education from the Austin Peay State University in 2010. She started working for APSU MSC (now NMFRC) in February 2022. Prior to coming to APSU, she was an elementary school teacher for 12 years; specialized in grades 3rd through 6th. Her desire is to serve our military community by helping military-affiliated students achieve their educational goals and help make the transition from military life to civilian life easier. When she is not working, she spends her time with her ever-growing family. 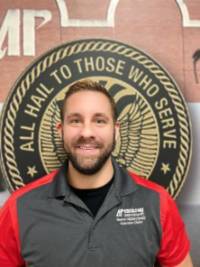 Riley D. Walsh is an Army Veteran previously on Active Duty assigned to the 716th. He is currently a VA Work-Study pursuing his Bachelor's Degree in Business Marketing. Riley has completed his Associate's Degree in Criminal Justice attending a hometown community college but plans to pursue his Master of Science in Healthcare Administrations at Austin Peay State University shortly after receiving his bachelor's. His interests include; Hiking, cooking/baking, traveling around the world, and spending time with his three dogs DesiMay, Leia, and Baby Rue. "As a GreenZone Ally, it is an honor to continue serving those who serve and their families as a lifelong goal to continue giving back to all those who serve." 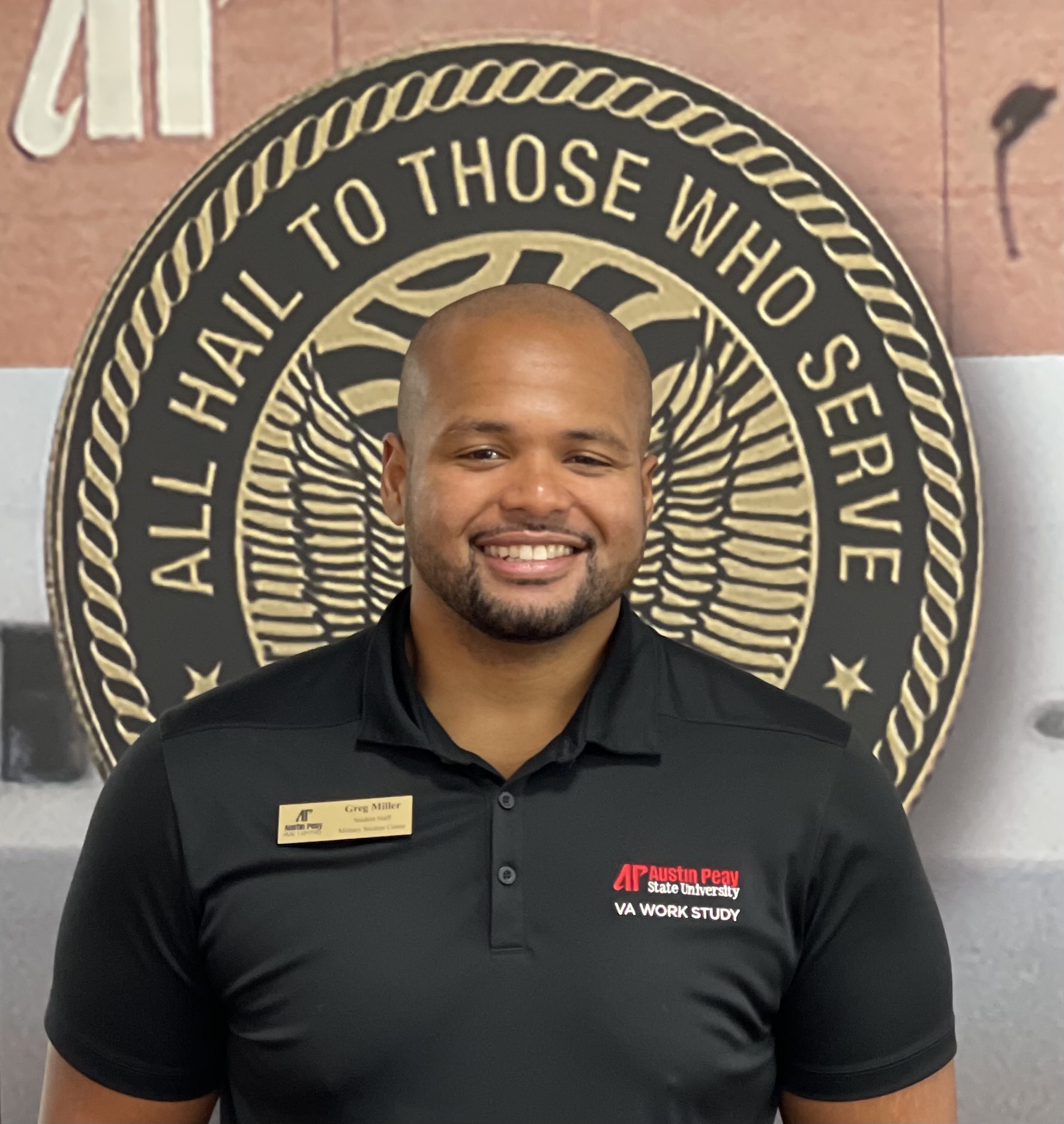 Greg is an Army Veteran that served 4 years on Active Duty. He is currently a VA Work Study who is pursuing his Bachelor Degree in Communications, with a concentration in Sports Communication media. He is also a member of the Clarksville Animation Club. Some of his interests include finding new music, laughing to some comedy, and driving to places with no destination. 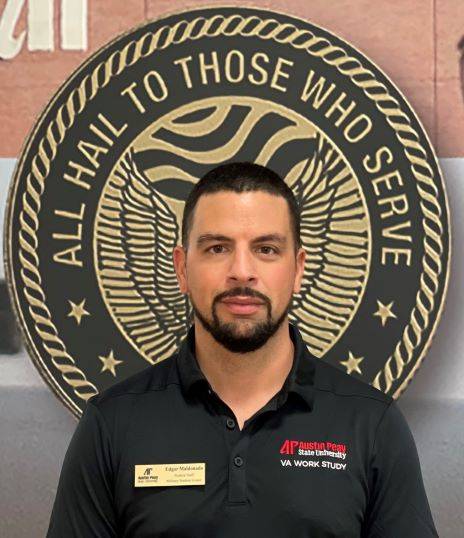 Edgar Maldonado is a Marine and Army Veteran attending Austin Peay obtaining dual Bachelor's degree in Management and Marketing with a minor in Graphic Design. He is a member of Future Business Leaders of America, and the Vice President of Administration for Alpha Kappa Psi - Zeta Phi. Edgar does the Social Media Marketing for the NMFRC. "I enjoy giving back to the military community. Without the military, I would not be the person I am today and for that I am eternally grateful."

Find us on Social