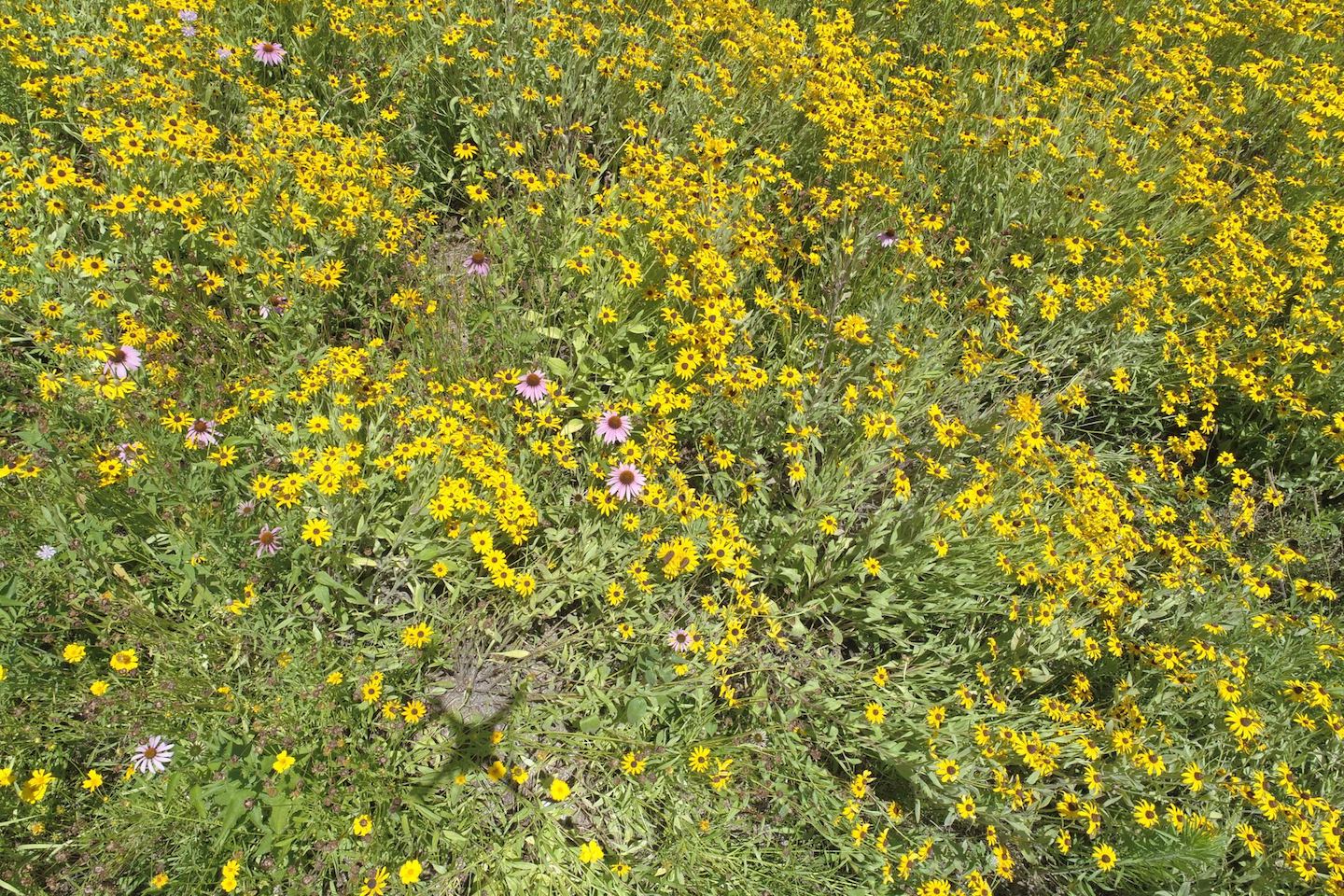 Austin Peay State University’s Southeastern Grasslands Initiative (SGI) recently partnered with the Tennessee Department of Transportation’s (TDOT) Pollinator Habitat Program on a conservation project that brought nectar-bearing prairies to the strips of land abutting Exit 1 in Clarksville. SGI was contracted by TDOT in 2019 with a $150,000 grant to identify, plant and assist in cultivating natural pollination locations along Tennessee’s highways.

“There is a perfect overlap between these prairie remnants and an area that is beneficial to pollinator species,” said Michael McClanahan, Scenic Byways and Litter Grant Program manager with TDOT’s Highway Beautification Office. “TDOT is doing what it can to help preserve their habitats and educate the public.”

The project was born out of a talk Dr. Dwayne Estes, executive director at SGI, gave that caught TDOT’s attention.

“My boss went to a speaking engagement of Dwayne Estes’s and heard him speak about SGI. At that time, TDOT was getting into the pollinator game so after hearing Dwayne speak, it clicked,” McClanahan said.

The project is two-fold: First, SGI and TDOT constructed a 24-acre installation of native pollinators, including milkweed that attracts monarch butterflies, at Exit 1.

“A good portion of the seed was ultimately sourced from the prairies at Fort Campbell, just 10 or so miles away. It’s all local seed and more likely to succeed because of that,” said Cooper Breeden, plant conservation manager with SGI. Breeden specializes in preserving rare plant species.

The second part of the grant utilized citizen science volunteers to assess the habitats on Tennessee’s roadsides.

“The idea was that they would go drive the highways, locate these higher quality habitats. Then we could use those results and offer different sorts of protection or conservation measures,” Breeden said.

These identification efforts will allow TDOT to better manage the grasslands alongside Tennessee interstates. Mowing, pesticide spraying and storing equipment will be done with these conservation efforts in mind.

“Our problem is really twofold. We have to know where these environmentally sensitive areas are and how to maintain them,” McClanahan said. “We do everything from cutting grass to spraying with herbicide, or we’ll store paving project equipment on these sites. Mounds of gravel on these open fields. We need to know what’s environmentally sensitive.”

Despite pandemic, project was success

The effort ran into two major issues: the COVID-19 pandemic and Johnson grass, a type of exotic invasive species.

“Exit 1 had a big Johnson grass infestation,” Breeden said. “Our partner at Roundstone said it was the worst he’d ever seen. We had to veer from our plan a little bit to get rid of it. Once it takes hold it’ll outcompete every else. We treated it several times before the seeds were put in the ground, but even after several treatments we noticed it was still popping up.”

“COVID was the big hang-up, you know,” McClanahan said. “We planted the I-24, patch during COVID. So, at some point, we figured out, hey, you know, life isn't ending, we're still going to push on with this.”

The collaboration between SGI and TDOT was a success, and they have plans to enact more conservation efforts in the future.

“I think it’s been a tremendous success, and it’s something we’re definitely going to look to do in future rounds of research projects,” McClanahan said. “There is another round of funding that’s supposed to be coming in late 2021. The department will be issuing another call for projects including another pollinator project.”

For more information about the Southeastern Grasslands Initiative, visit www.segrasslands.org.