Imagine getting an alert on your phone or smart speaker whenever your letter carrier delivers the mail.

Or you might want to know if your neighbor is nosing through your mailbox … again.

Pi-Mail, created by Austin Peay students in the Association of Computing Machinery (ACM), can help.

And the judges at Sept. 28-30’s VolHacks hackathon at the University of Tennessee, Knoxville, thought ACM’s project was so innovative, they awarded the students “Most Technical Hack” and “Most Market Ready Hack.”

“Recruiters were all over us at the end (of the hackathon) because we won so many awards,” Harrison Welch, ACM president and APSU senior, said. 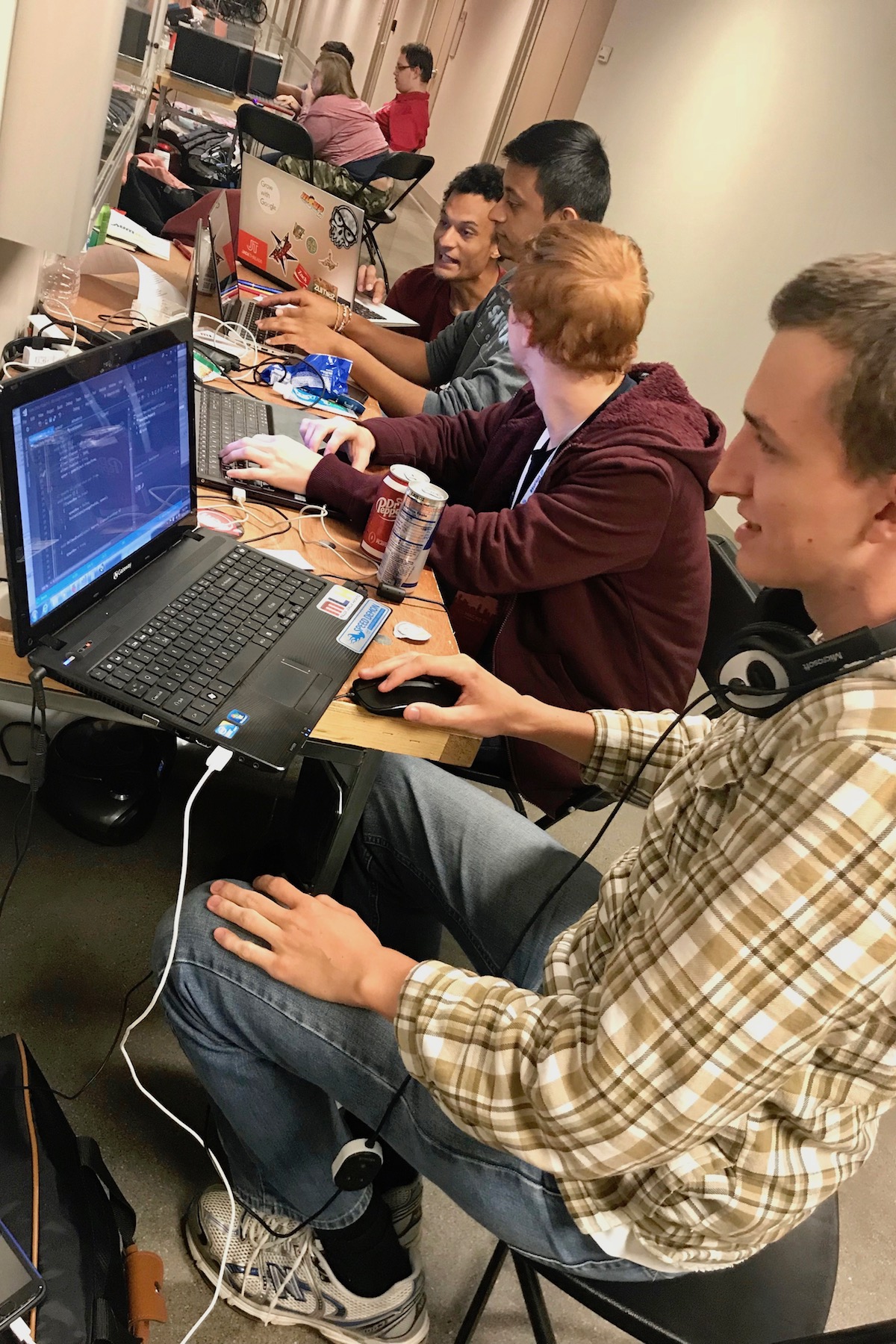 More than 300 students from colleges across the country attend VolHacks each year, competing for more than $25,000 in prizes and the attention of event sponsors such as Asurion, Elo, Cisco, SAIC and Google.

VolHacks describes the competition this way: “During 36 caffeine-filled, sleepless hours, students from the University of Tennessee and elsewhere will brainstorm, build, break, test and deploy whatever they can imagine, for the chance to win amazing prizes.”

This was Harrison’s first hackathon, and only two of his teammates have ever attended a hackathon. The College of Science, Technology, Engineering and Mathematics sponsored the team by supplying APSU-emblazoned shirts.

Harrison stayed up all night Saturday working on the projects, and his teammates got only 3 or 4 hours of sleep before submitting the entries to the judges Sunday morning.

The team is planning two other hackathons this semester, Hack GT Oct. 19-21 at Georgia Tech and VandyHacks Nov. 2-4 at Vanderbilt. 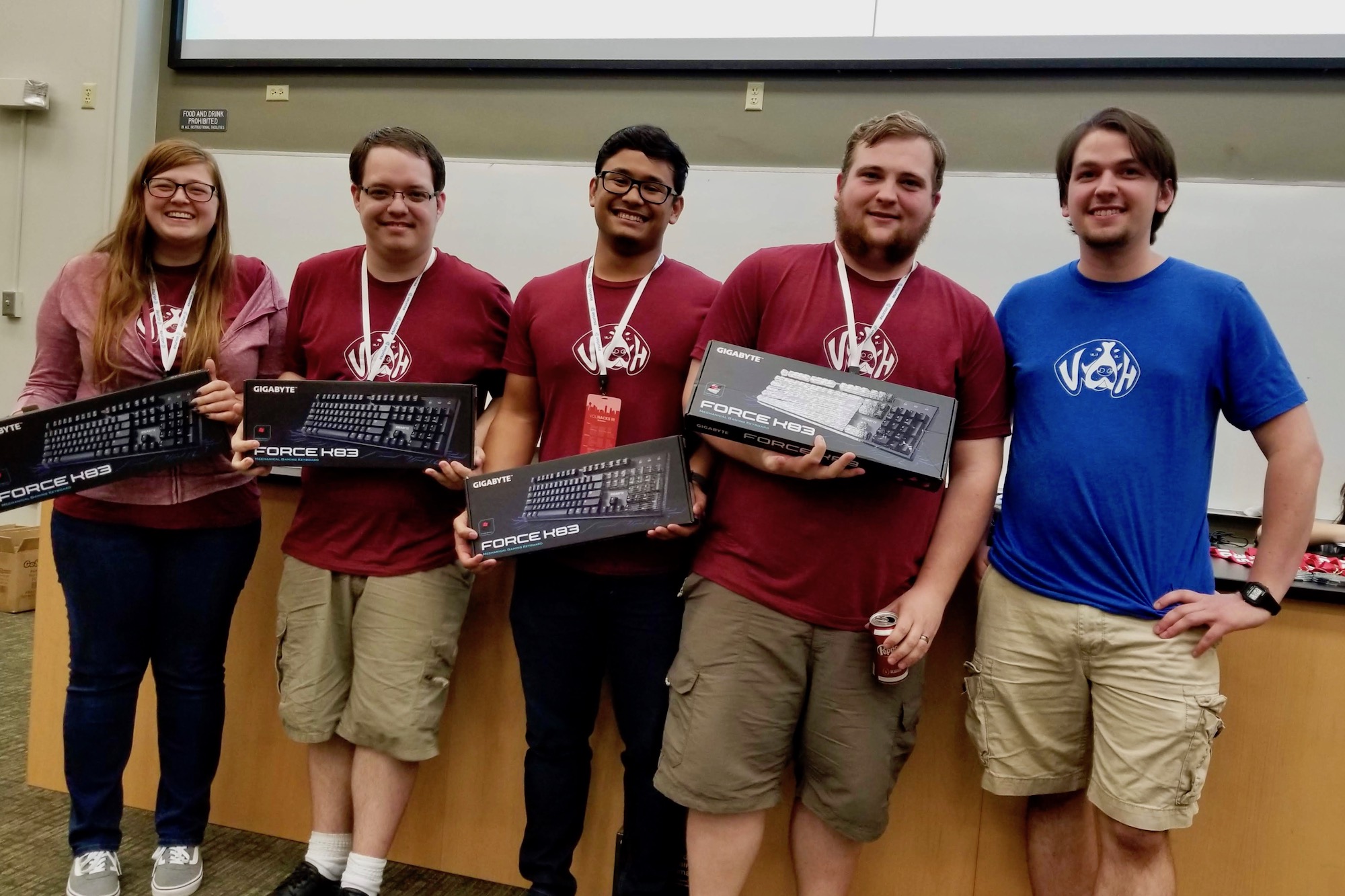 “Our Pi-Mail takes pictures from the inside of the mailbox when the door is opened while posting pictures to a website and giving Alexa the skill to update you on the last time you received mail,” the team described the hack to the judges.

The team ran into a challenge, though; the motion sensor didn’t work.

“We had to think of a different way of detecting motion and after research found that we could use change in pixels from the camera (to detect motion).” 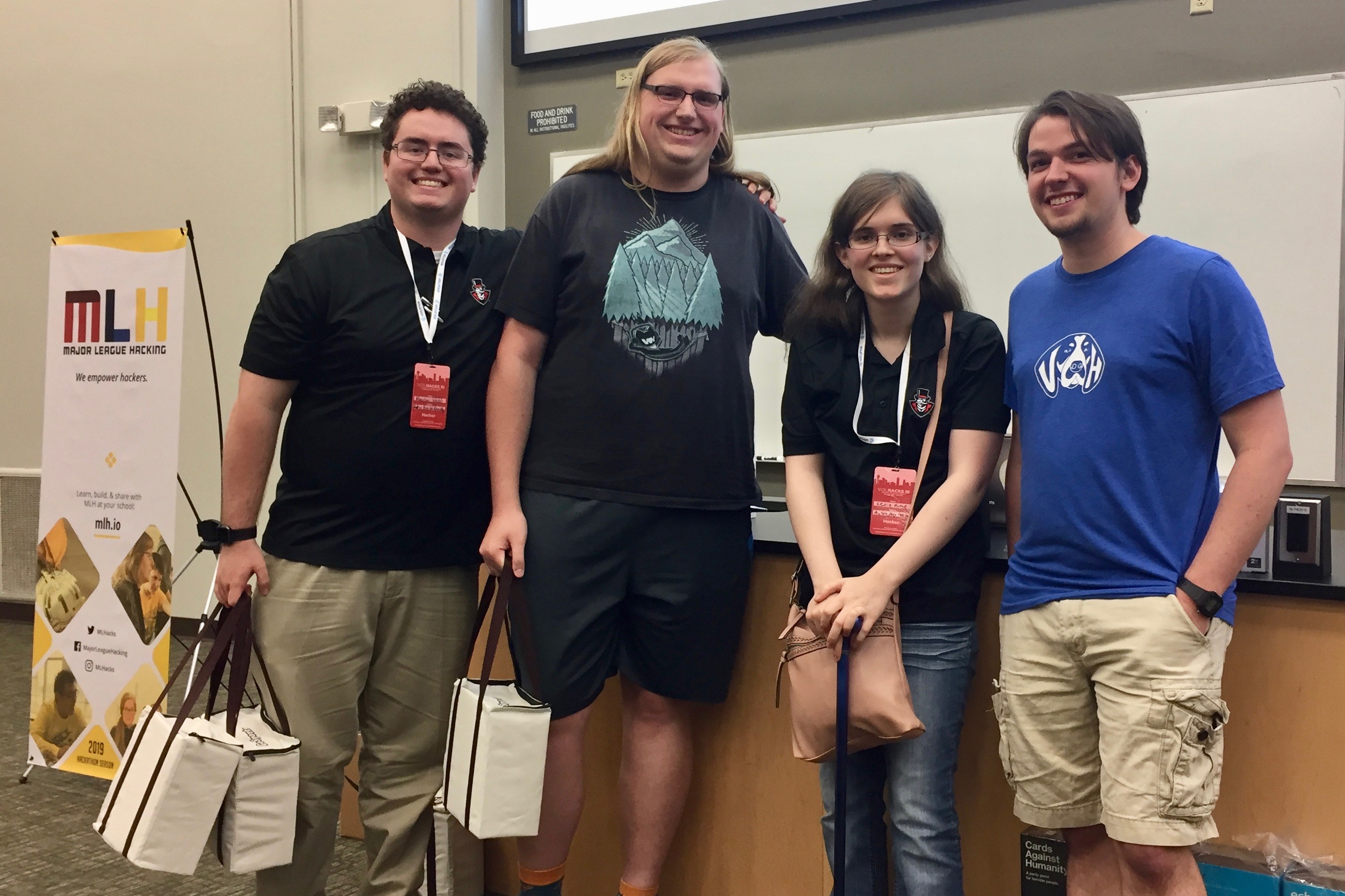 “Bunkerin’ Down allows users to review locations near them on a number of attributes that contribute to safety during an emergency, such as the state of maintenance of buildings, elevation, access to basic needs such as food and accessibility to the public,” the team described the project. “When searching for a location, these attributes are used to calculate a score specific to the type of threat the user is seeking shelter from.”

This project challenged the team because it lacked experience with the “use of Google Cloud services with Docker and Cloud SQL.”

“Although we faced some difficulties in our initial approaches, we continued to work at them and were determined to eventually reach some conclusion,” the team reported to judges.

The team received a giant Jenga set and $50 gift cards for winning the category.

You can learn more about Bunkerin’ Down here.

ACM also created a rhythm game they named Leap Beats Unplugged using Leap Motion, using the motion tracker so the user could play to the beat of a song. You can learn more about the project here and try it out here.

Even though the team performed well at its first hackathon, Welch said he noticed experienced teams attended the hackathon prepared for the challenges.

“We learned some lessons about planning it before we do it, because that’s basically how everyone else did theirs,” he said. “They studied up on the material, and they executed it during the hackathon.”

The Austin Peay team will be prepared for the next competition.

“We’ll come up with a plan prior, come up with a project and study up on the materials we’re going to use,” Welch said. “We’ll look at the sponsors, because the sponsors have specific challenges that say, ‘Hey, if you want a job here, this is a challenge you can do and prove to us that you’re awesome.’” 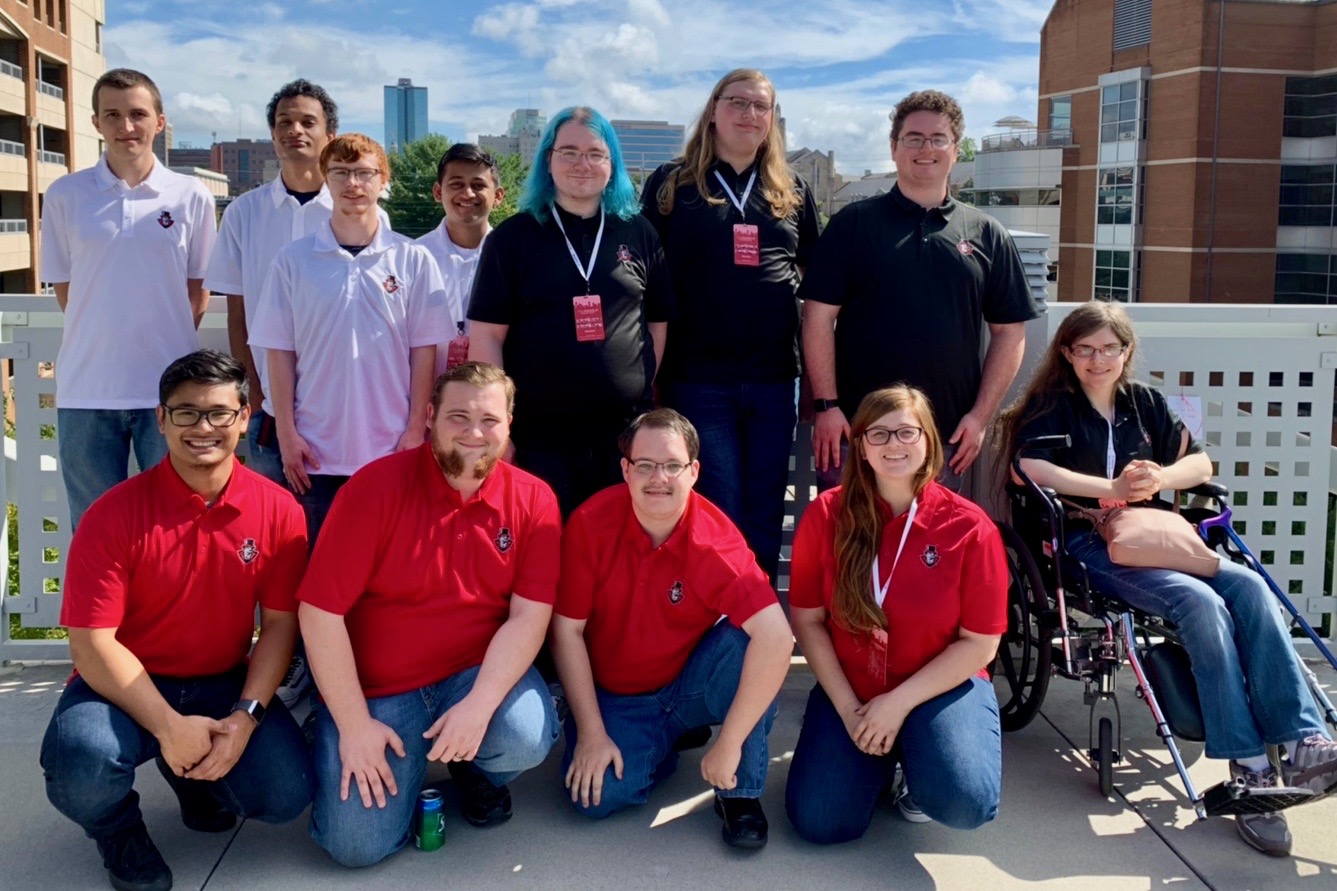 You can actually meet the team 5-7 p.m. Oct. 12 at the Morgan University Center, Room 303, when ACM, the GeoClub and the Drone Club gather to try out a VR drone racing simulation. There will be free pizza, snacks and drinks.