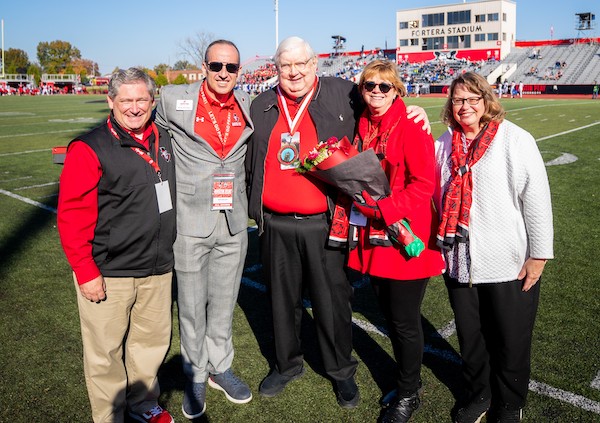 “This recognition is certainly well deserved for Larry,” Licari said. “His expectations for Austin Peay are high, and we are better as a result. His commitment to supporting the University and especially our students has been transformational. Coupled with his distinguished career in business and his military service, he has truly brought honor to Austin Peay.”

The Presidential Medal of Distinction is the highest award presented by the APSU president, honoring outstanding individuals for their exemplary volunteer service and remarkable contributions to the University community. This award recognizes those individuals who demonstrate a strong dedication to Austin Peay’s mission by exemplifying the University’s abiding values of respect, trust, inclusion, discovery and excellence. The award also recognizes those achievements that bring honor to this University through intellectual creativity, civic engagement and national or international distinction.

“In my nearly 30 years in higher education, Larry has been one of the biggest advocates for students I’ve ever known,” APSU Vice President for University Advancement Kris Phillips said. “His expertise in financial planning is only matched by his passion to want every student achieve greatness and he has provided many with access to greatness.”

Also during the Nov. 6 game, Carroll, along with fellow APSU supporters Joe and Cathi Maynard and APSU Board of Trustees member Dr. Valencia May (‘86), was presented with a military coin from the University. The University’s military leadership commissioned these special commemorative coins. On one side of the coins, the APSU Governor logo is prominently displayed on a camouflage background. The other side features a specially made 50th Anniversary logo for the Governors Guard, including the dates of the program.

Larry Carroll is a North Carolina businessman who provided the lead gift to help finance the Larry Carroll Financial Trading Center in 2015, which is located in the lower level of the Kimbrough building accessible to the main floor.

Carroll is president and CEO of Carroll Financial Associates, Inc., which manages and supervises more than $5 billion in advisory and brokerage assets and employs 28 Certified Financial Planner practitioners. The firm’s success has led Carroll to be featured regularly in many of the country’s top financial publications. Carroll has also appeared on CNBC Street Signs and the NBC Nightly News with Tom Brokaw.

Carroll has been named on Forbes’ list of America’s Top 200 Wealth Advisors, as well as the Forbes’ list of Best-In-State Wealth Advisors for 2021, where he was specifically ranked #1 for North Carolina (West). Carroll has also been listed 12 times on Worth Magazine’s listing of The Nation’s Most Exclusive Wealth Managers, and he has been named on all of Barron’s annual lists of The Top Financial Advisors.

Carroll is also a past national chairman of the 24,000-member Financial Planning Association, and he has been a director of three publically traded companies. He has previously served on the boards of other community banks and educational institutions, including the APSU Board of Trustees. He is committed to numerous charities, including the YMCA of Greater Charlotte, the American Red Cross, Hospice and Palliative Care Charlotte Region, as well as his alma mater, Austin Peay State University. He has made several significant contributions to the APSU College of Business, including the gift he made to name the college’s first distinguished professorship, the AJ Taylor Distinguished Professorship, named after former marketing professor, Dr. Albert J. Taylor, who spent nearly four decades helping transform the college. Many years ago, he also established the Baggett Carroll Endowed Scholarship, which he co-named after Dr. Lawrence Baggett, who served as a faculty member at APSU for 39 years. The endowment is now worth more than $1 million and the funding benefits APSU accounting students.

“Larry Carroll is one of our most involved alumni supporters for the APSU College of Business,” Dr. Mickey Hepner, dean of APSU College of Business, said. “We cannot thank him enough for his service and continuous generosity. His contributions have and will carry a considerable legacy onward for our college for generations to come. We are proud to see him recognized as the esteemed first recipient of the APSU Presidential Medal of Distinction.”

Carroll also made a generous contribution to the APSU Foundation to establish the Larry W. Carroll Govs Fund. The fund is being used in conjunction with the Larry Carroll Financial Trading Center to allow students to explore their passions in finance and investments by enabling them to manage an investment portfolio.

“I am incredibly grateful for my time spent as the communications director for the Larry W. Carroll Govs Fund student-lead investment team,” Amanda Erdman (’19) said. “It gave me an intuitive understanding of how to construct and analyze a portfolio. It was a truly valuable experience at APSU, and I only wish that we had the opportunity to join sooner.”

The Presidential Medal of Distinction is the highest award presented by the APSU president, honoring outstanding individuals for their exemplary volunteer service and remarkable contributions to the University community. 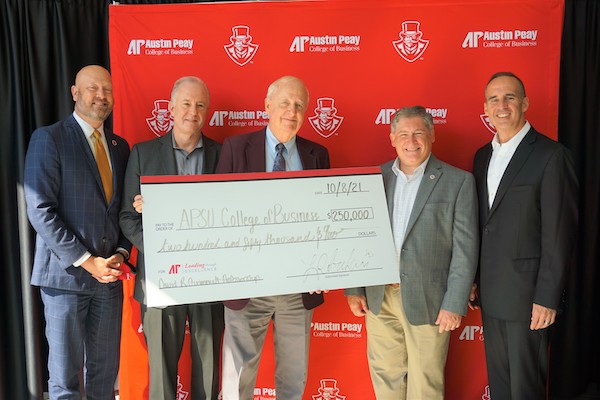 From the day Grimmett joined the APSU College of Business faculty in 1983, he was a consistent champion for academic rigor and a tireless advocate for student research. 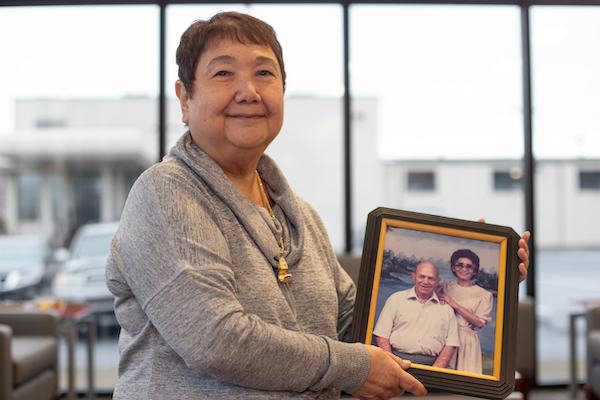 The center provides seamless support to military-affiliated students as they apply for admission, access financial aid, select their programs of study, register for their courses and secure employment after graduation.