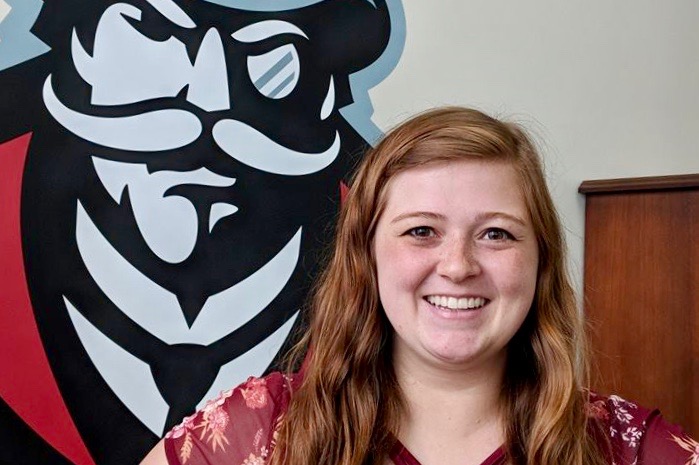 Robyn Yates is having one heck of a hacking season representing Austin Peay State University.

At the VolHacks hackathon in September at the University of Tennessee, Knoxville, she and her Association of Computing Machinery (ACM) teammates won several top honors, including for the “Pi-Mail” hack she and three other team members worked on.

And at the HackGT hackathon Oct. 19-21 at Georgia Tech, Yates won again, this time on a hack she worked on by herself.

She made a web-based game to help kids code, winning the Equity in Computing Prize from the Georgia Tech Constellations Center and honorable mention from Disney Tech.

She called the game “Heroes Code.”

“I wanted to create a simple game that encourages kids to learn valuable programming ideas while also having fun,” Yates said.

More than 1,000 students from 80 colleges and institutions attended HackGT, a 36-hour hackathon where participants worked around the clock to develop websites, apps and other high-tech innovations. 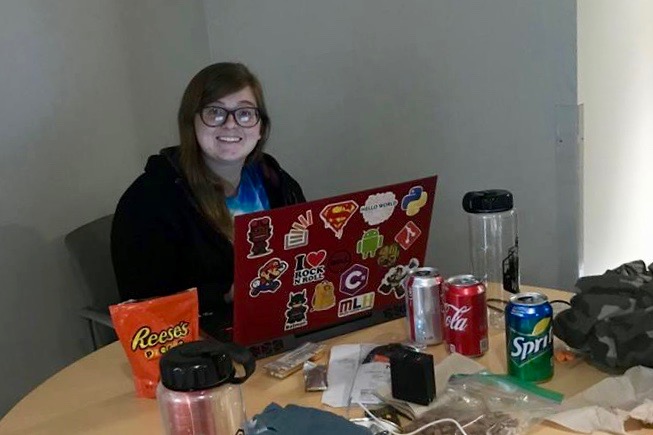 Yates, and her teammates, worked through the night at HackGT.

“Ever since I discovered coding, I fell in love with the amazing feeling and problem-solving I could do,” Yates, a senior studying computer science, said. “I want to introduce kids to this same feeling because it is truly my passion.

“Kids learning logic behind programming at a young age can really help them toward a great future.”

Judges asked Yates about challenges she faced: “I have never done any web development or design work, so I really struggled to learn, but I ended up learning a lot and getting through most of it.”

Yates and other Austin Peay students will compete in the Mid-Central USA Regional of the International Collegiate Programming Contest on Nov. 3.