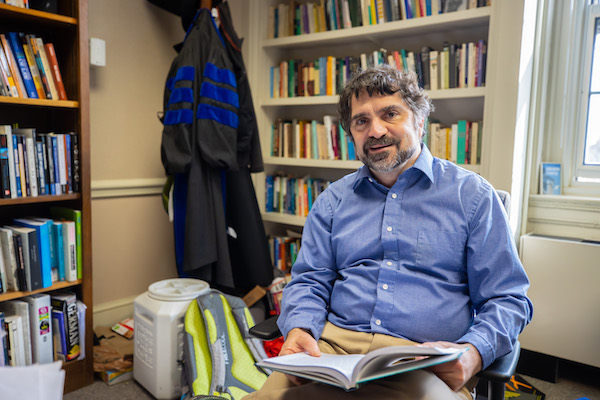 In the late summer of 2001, Dr. Jordy Rocheleau, Austin Peay State University professor of philosophy, was asked to teach a course on the ethics of war for the Department of History and Philosophy’s new military history program. As a philosopher he was fascinated by the field of “just war theory,” and he jumped at the opportunity to apply ethical theory to concrete issues.

“I was asked to teach that class a week before 9/11,” he said, referring to the Sept. 11 terrorist attacks. That historic event led the United States into two long wars in Iraq and Afghanistan. “That made me think, maybe I should get full time into military ethics because it’s an exploding area. When is it justified to go to war became a big issue.”

A few years after the 9/11 attacks, Rocheleau attended an institute hosted by the National Endowment of the Humanities on Just War Theory, where he gathered background and made key contacts with other intellectuals. He began researching the topic full time, which led him to see a shift in how ethicists justified war following the practice of new military interventions.

“I felt there was a greater move toward permissiveness toward war, of accepting of war as a normal instrument of politics,” he said. “That, I thought, was a questionable move that some were making, accepting that too readily. There are new interventionist trends in Just War thought.”

One of those trends is using human rights violations as a reasonable cause for going to war.

“I’m torn because, in a sense, I agree we should be concerned with human rights all over the world,” Rocheleau said. “But then I tend to think that sets the bar for war too low. There are lots of human rights violations of different degrees, and to accept that any of them could be causes for war is setting the bar too low.”

When is War Justified?

Rocheleau’s book addresses these trends, arguing that such an extreme form of violence must always be a last resort. Any war, he argues, needs a strong justification and the proper authorization.

“In my book, I respond to cosmopolitans who say we should have a lower bar for intervening for human rights, and the realists and neo-traditionalists who say any time war seems to be for our good, we should use it,” he said. “I also make the argument that war tends to not work out as well in practice as we may foresee in advance. I draw on historical and psychological literature that says that tends to be a fallacy, where we think by having a good cause, that’s what we’ll achieve. War tends to get messy.”

So what makes a war just? Rocheleau cautiously argues that humanitarian intervention, in exceptional circumstances, and wars of defense, when a nation is defending itself, could be legitimate reasons for going to war.

Even when a war has a just cause and is otherwise initially justified, Rocheleau said, it is a mistake to assume that it will continue to be justified.

“Going into Afghanistan can be seen as an act of defense after the 9/11 attacks, dismantling the terrorist network that had attacked us,” he said. “We tend to accept continuing intervention when it was once justified. But our cause may not still be there. In Afghanistan, a defense war shifted into a state-building intervention, and that’s is not necessarily a just cause.”

War has once again made global headlines with the conflict between Ukraine and Russia. Russia’s attack would be unjust intervention, Rocheleau said. The professor sees going to the aid of the Ukrainians as having a just cause and potentially justified.

“It seems like a traditional case of defense, and I accept war as a defense,” he said. “But it’s a last resort. If there are measures short of war, we should take those. If we can negotiate our way out of war, we should do that.”

Rocheleau’s book, “New Interventionist Just War Theory: A Critique,” is available at amazon.com and on the publisher’s website, Routledge.com. 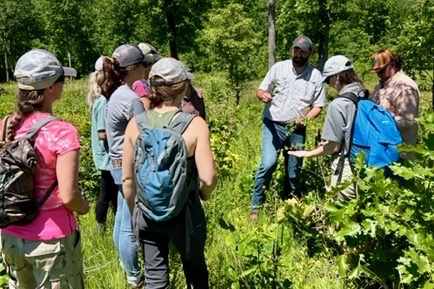