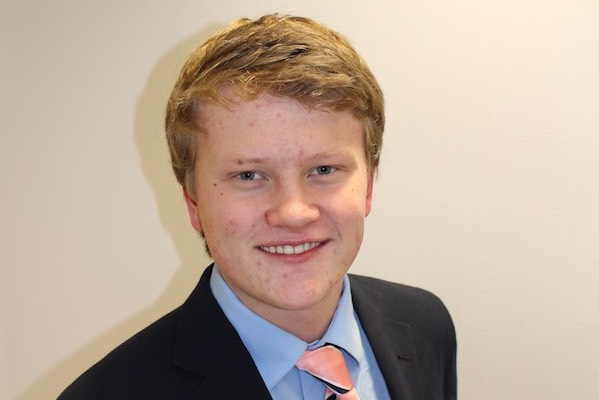 They have 60 minutes to answer 100 questions ranging from computer hardware to operating systems. These 100 are the best of the best. They’ll all probably get perfect scores, but who will finish first?

For Knight, this is muscle memory.

HOW DID WE GET HERE?

Earlier this year, Knight competed in the state-level computer concepts Future Business Leaders of America (FBLA) competition. This competition focused on computer hardware, software and operating systems. Knight had 60 minutes to answer the questions as quickly as possible.

“Even if you answered all questions and submitted but ended on zero, it hurts you more than missing some and finishing early,” Knight said.

Knight completed the test with only a proctor for company.

“Typically, you would go sit down in a big room and see all the competitors,” Knight said. “But in my case, I didn’t have that opportunity.”

FBLA’s college division is known as Phi Beta Lambda. Their mission is to usher in the next wave of leaders by preparing them for careers in business-related fields.

Knight won the Tennessee competition. Now, as state champion, he will compete in computer concepts and represent Austin Peay at the San Antonio national competition, featuring competitors from abroad and across the nation.

A FOCUS ON NEW CONCEPTS

San Antonio’s atmosphere will be a far cry from his Tennessee test, placing all competitors in a room together. FBLA does not provide a stringent study guide for the competition, leaving it up to the competitors to find the information they need to pass the test.

“It took a lot of time sitting down and looking up every little computer trick, from how to use Windows PC to how do you create a server,” Knight said.

But the Austin Peay student has an advantage. FBLA doesn’t recycle information, so he can focus on learning new concepts. And Knight has some prior knowledge about computer systems.

“I’d always went out of my way to teach myself about how to build computers and how to fix problems, computer-software wise or hardware wise,” he said.

“One of the things I like about FBLA is they’re a very broad community of past competitors who will go out of their way to help future competitors,” he said.

Knight’s mother saw him serve as president to the Virginia FBLA state chapter in high school, so his recent Tennessee state championship was more expected than surprising. And Knight is, in a sense, following in her footsteps. She served as a Future Farmers of America adviser at his high school in Virginia, while also participating in the organization as a high schooler.

“She’s proud to see that her son is doing amazing things in his niche the same way she did with hers,” Knight said.

She also initially influenced his choice of colleges.

“Part of it had to do with my mother went to school at Austin Peay,” he said. “She encouraged me to look at it.”

After a meeting with Austin Peay marching band director John Schnettler, he was sold.

“I walked out knowing that was where I was going to go to school,” Knight said. “Schnettler showed me that Austin Peay was a place where I could do amazing things. The staff of Austin Peay are there because they want to see their students succeed.” 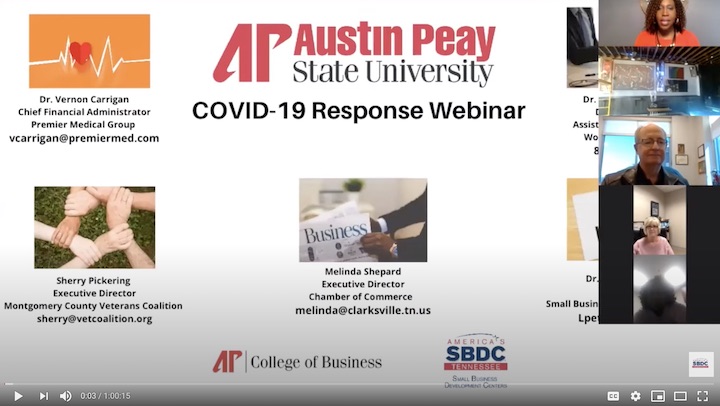 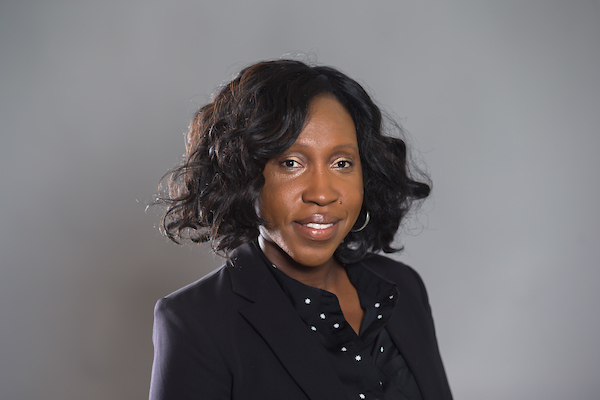 The recent passing of a $2 trillion federal stimulus package has made the center an important resource for education and business counseling in the Clarksville community.