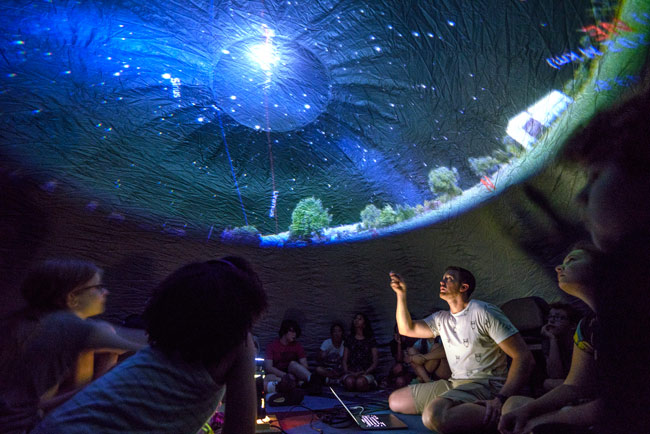 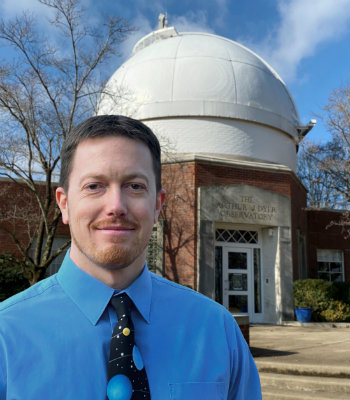 Teets has worked at Dyer for more than 14 years and took the helm there as interim director last summer after the retirement of longtime director Rocky Alvey.

Vanderbilt University’s Vice Chancellor for Government and Community Relations Nathan Green told Vanderbilt News, “Billy has enthusiastically contributed to the Dyer legacy in his many roles at the observatory. He is the unique person to advance Vanderbilt’s mission through community engagement with an academic focus at Dyer. He knows, loves and can lead the observatory into a bright future.”

Teets earned a Bachelor of Science in Physics from Austin Peay and a doctorate in physics with a concentration in astronomy from Vanderbilt in 2012. He is also a Clarksville native.

“As so many people have said before, Dyer Observatory is a very special place,” Teets told Vanderbilt News. “It is a great honor and privilege to hold the same position as someone like Professor Seyfert, and I am excited to continue in this rich legacy.”

Dyer was the brainchild of Vanderbilt astronomer Carl K. Seyfert, who is renowned for his discovery of a class of galaxies that still bear his name.

For more about the Department of Physics, Engineering and Astronomy at Austin Peay, visit www.apsu.edu/physics.