CLARKSVILLE, Tenn. – In the mid-1980s, an old store ledger was found inside a local smokehouse. At first glance, it seemed like little more than trash, but then someone opened the yellowed, water-stained pages and read surreal accounts of Clarksville during the Civil War. 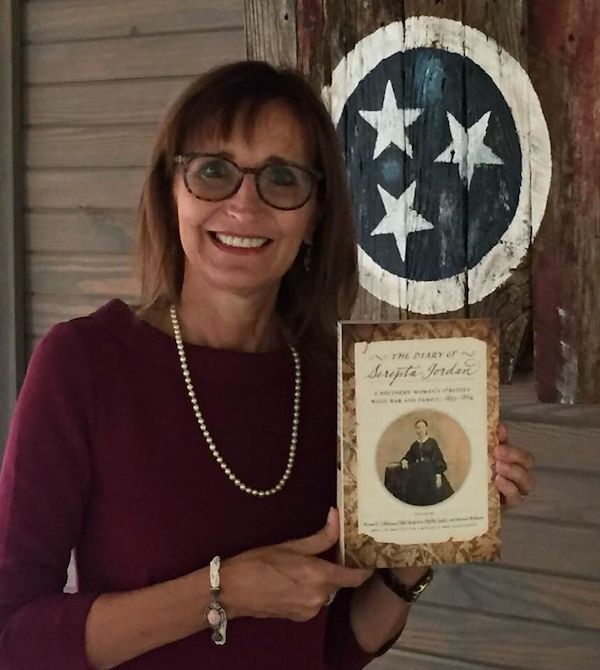 “Clarksville is almost depopulated,” the ledger recorded. “All the escaped soldiers have been ordered to the main army via Clarksville before the Yankees get in. I ripped the stripes off a young man’s coat over at Uncle W’m’s this evening that he might not be detected on his journey. Once I enjoyed sewing them, but now I take them off as willingly.”

The thick, leather-bound book was a war-time diary, written by New Providence resident Serepta Jordan between 1857 to 1864. In the 30 years that followed its chance discovery, several people have attempted to publish the massive diary. The book’s restored pages now reside at the Customs House Museum and Cultural Center, and earlier this year, the University of Tennessee Press finally released a transcribed version of the book, “The Diary of Serepta Jordan: A Southern Woman’s Struggle with War and Family, 1857-1864.” The work – edited by Dr. Minoa Uffelman, Austin Peay State University professor of history; Ellen Kanervo, APSU professor emeritus of communication; Eleanor Williams, Montgomery County historian; and Phyllis Smith, historian of Mt. Olive Cemetery Historical Preservation Society – is now available for purchase on the UT Press website and on Amazon.

“It’s exciting to have Serepta Jordan’s diary published after three decades of numerous people working extremely hard to complete it,” Uffelman said. “Serepta Jordan’s story is a fascinating glimpse into life in Clarksville in the years leading to the Civil War to 1864. She suffered personal tragedies as the nation suffered the tragedy of war. Yet, she lived a full and vibrant life. She describes socializing with friends and neighbors, church, local news, the war and the end of slavery.”

The diary provides insights into everything from food preparation to life in Clarksville as an occupied city during the war, with Jordan writing bitterly how “splendidly dressed officers prancing round on their fine horses are sights not uncommon” and how “the wounded from Fort (Donelson) continue to come in.” 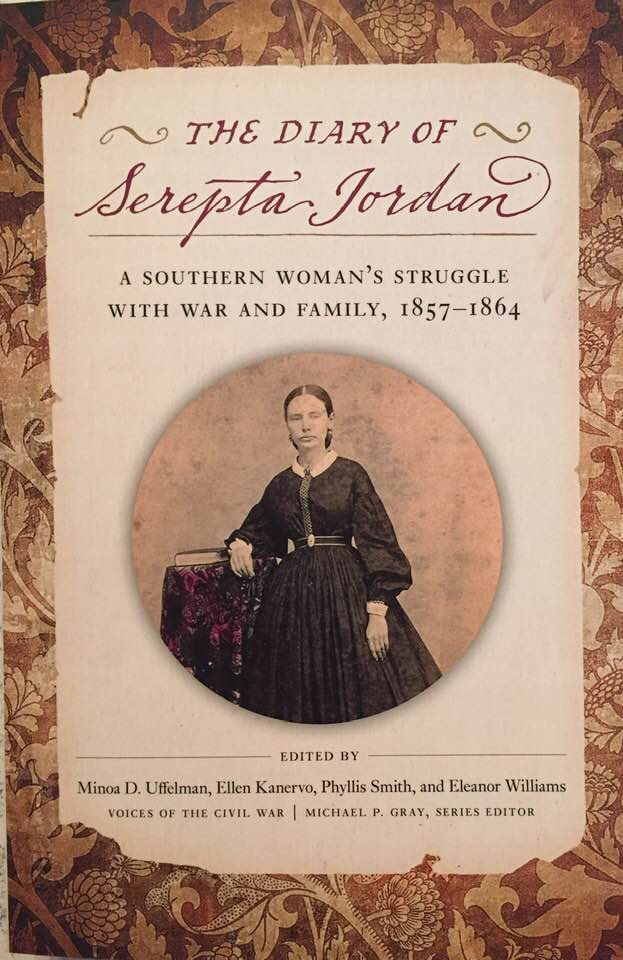 The Diary of Serepta Jordan

The book marks the second time Uffelman, Kanervo, Smith and Williams have brought to life Clarksville’s forgotten Civil War past. In 2014, they published, through UT Press, “The Diary of Nannie Haskins Williams: A Southern Woman’s Story of Rebellion and Reconstruction, 1863-1890.” The two books show how local women experienced the war and the occupation but from different viewpoints.

“(Nannie) was an elite teenager with a large and loving family that provided stability and financial and emotional support,” Uffelman said. “Nannie had a loving marriage. Serepta was part of the merchant class in New Providence. She lost her family and was on her own at a time when women had few options other than marriage. She seemed to marry out of necessity rather than love. While Nannie and Serepta live only five miles apart, their lives were extremely different.”

During a normal year, Uffelman and her collaborators would have hosted book signings and lectures on the diary, but the COVID-19 pandemic prevented that. The editors are willing to host Zoom sessions, and Uffelman said they will sign bookplates for anyone who wants to personalize their book. And they hope, once the pandemic ends, to host an event for the Clarksville-Montgomery County community.

For information on the book, or for a signed bookplate, contact Uffelman at uffelmanm@apsu.edu. 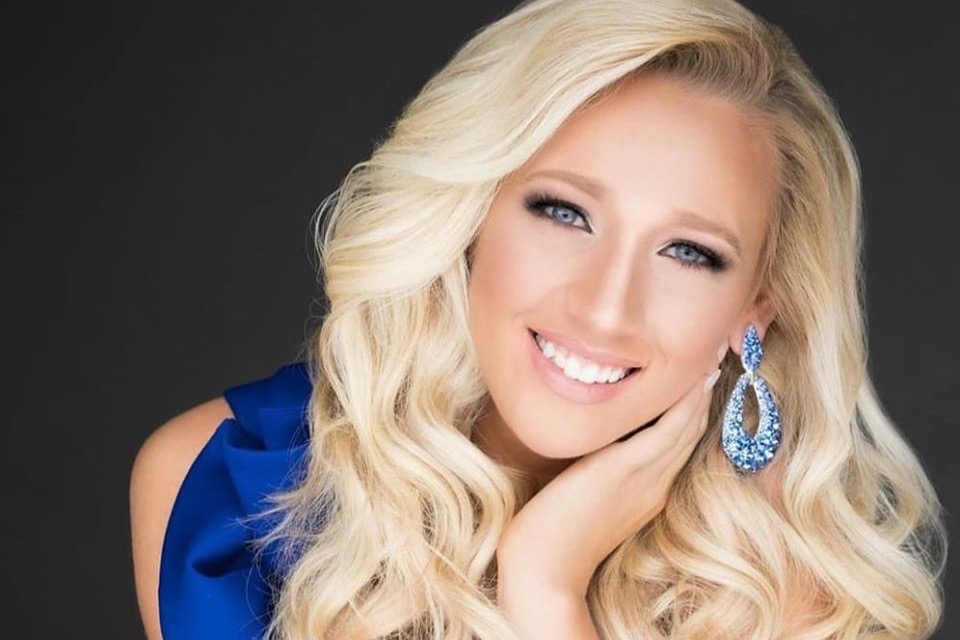 Austin Peay State University's Department of Biology is partnering with Fort Campbell, Kentucky, in an Intergovernmental Support Agreement (IGSA) to survey the base for endangered bat species. In the partnership, Fort Campbell provides funding for Dr. Catherine Haase, an assistant biology professor, three of her graduate students and their equipment. 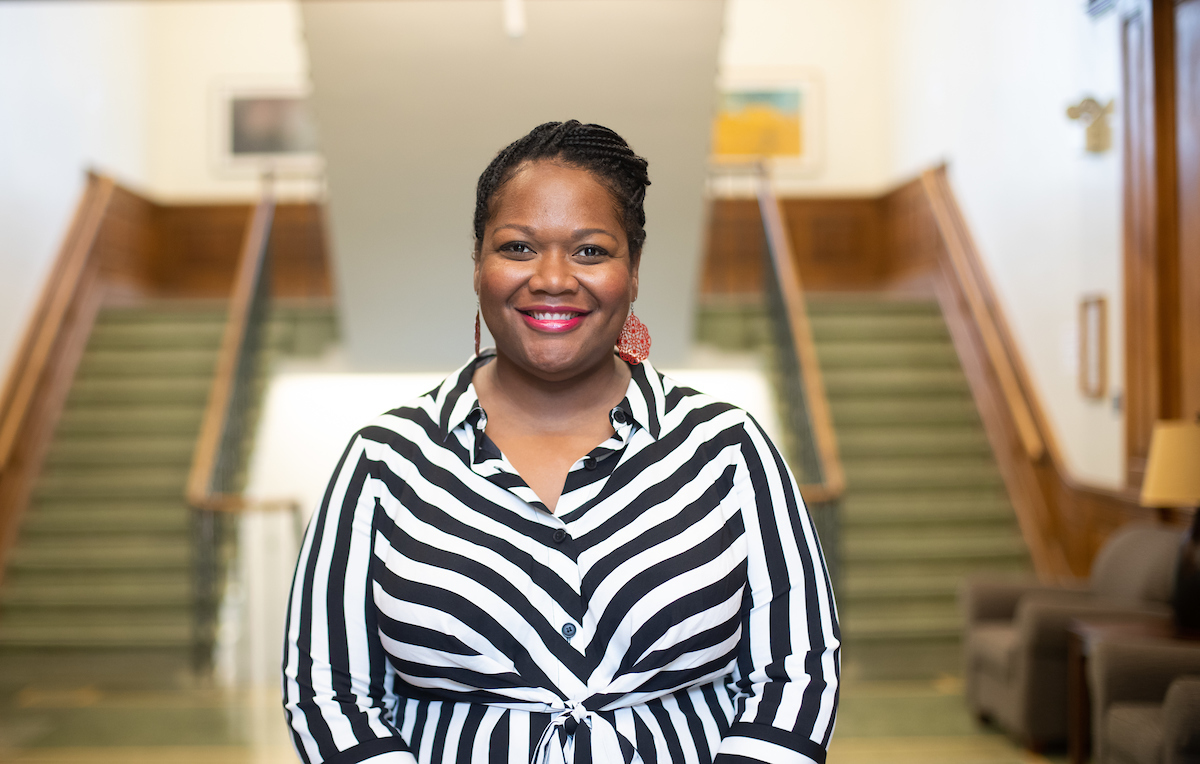 Every Wednesday, Austin Peay Interim President Dannelle Whiteside delivers a live message on Facebook and Instagram. You can see her latest livestream (from Sept. 23) here.