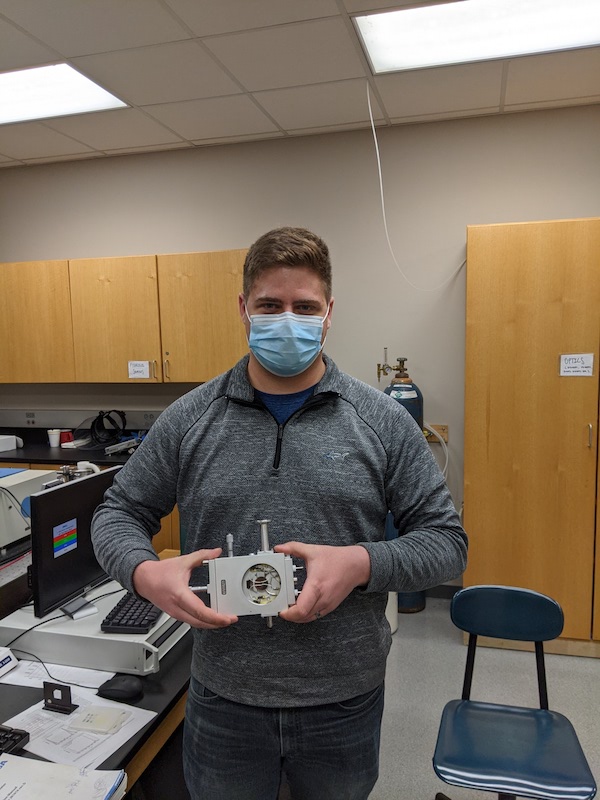 “I feel very blessed to have received a CUR Barlow award and am very appreciative of them for offering opportunities such as this to help students like myself expand upon our research,” he said.

“The knowledge I have gained by conducting this research at APSU has been more than I could have ever imagined, and I am very thankful for that,” Plummer said. “Dr. Roman Holovchak and Dr. Andriy Kovalskiy (APSU professor of physics) have been some of the best mentors I could ask for, and I couldn't have gotten to where I am now without their constant guidance.”

The Barlow Awards, named in memory of the late division Councilor Nadine Barlow, seek to assist undergraduate researchers in conducting faculty-mentored research, presenting their research at national conferences, or publishing their research in peer-reviewed journals. The awards are of a maximum of $500 each.

“My research has been a rollercoaster of trial and error to make sure that any measurements I took were as accurate as possible with the equipment I had available to me,” Plummer said. “I am excited to continue with the next steps of my research, such as studying the different phase changes of the materials that occur at certain temperatures.”

For information on the University’s Department of Physics, Engineering and Astronomy, visit www.apsu.edu/physics.