Michael Hunter, lead pilot for the Drone Club at Austin Peay, finished 22nd overall and sixth in his bracket at the Collegiate Drone Racing Association nationals – in the school’s first season of competitive racing – Sunday, April 14, at the University of North Dakota. 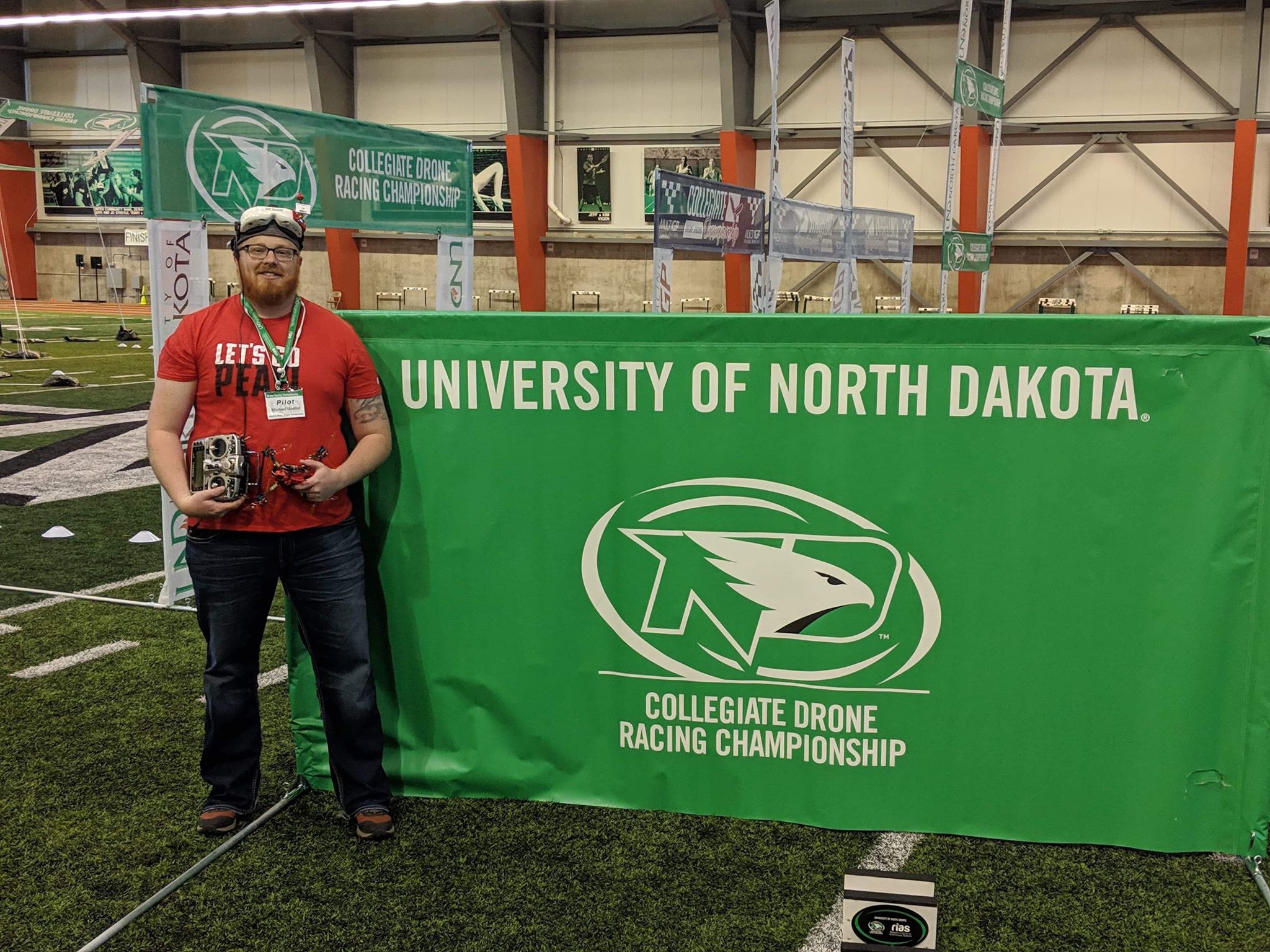 "Thank you, GIS Center APSU, for getting me here," he said on his Facebook page. "It was a blast!"

"I want to thank you all for your support while I was here at CDRA for nationals," he said.

Even though he finished 22nd overall, his combined times during the competition placed him 20th overall. Forty-six pilots from across the country qualified for the national tournament.

The Drone Club at Austin Peay will compete in its second season starting this fall.