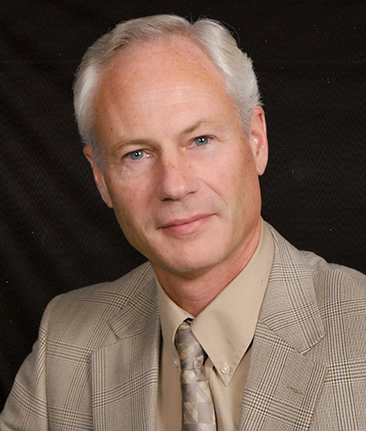 “I look forward to sharing my experiences to help guide the students in their studies, growth, and decisions for their future.” Michael Ritter on what he enjoys about his interactions with students

Mr. Ritter comes to APSU after a 31-year career as an Army Band instrumentalist and conductor.  He has performed with artists such as Herbie Mann, Gabe Baltazar, Rufus Reid, Akira Tana, Tony Horowitz, Wycliff Gordon, Barry Greene, Don Aliquo, Duffy Jackson, Bruce Dudley, Chester Thompson, Bill Huber, and many others.  Mr. Ritter is in demand as a big band director and  has led big bands in a number of international jazz festivals including The North Sea Jazz Festival, Montreux Jazz Festival, Perugia Jazz Festival, Umbria Jazz Festival, SWR Hot Jazz Festival, Budapest Jazz Festival, and countless other jazz festivals throughout Germany, the United States, and Western Europe.  He has led and performed numerous concert band tours throughout the United States and Europe.  Some of those events include a concert for First Lady Betty Ford, President Reagan’s Inaugural Parade, the 60th Anniversary of the Normandy Invasion, the 50th Anniversary of the Bombing of Pearl Harbor (both broadcast on national TV), and performances with Miss America.

Commercially, Mr. Ritter has performed with many musical groups that consist of diverse genre, including a substitute hire for the Greenville Symphony, SC.  He has also performed and conducted a number of musicals to include West Side Story, Guys and Dolls, Mame, and Purlie, where he received an award for musical excellence.

Throughout Mr. Ritter’s musical career, he has had a number of occasions to support music education.  In 2008 and 2012 he was a guest clinician at the Cuban Baptist Worship Leaders' Conference, Havana, Cuba.  He has hosted a Jazz Symposium in Heidelberg, Germany, co-hosted the Brass Symposium with the American Horn Quartet, Heidelberg, Germany, hosted two Improvisation Clinics in Augusta, Georgia, and an Arranging Seminar in Hawaii.  He has also been the guest conductor at the Maui District Band Festival in Hawaii, adjudicator at many Georgia Music Educator’s Association (Northeast Region) concert festivals, conducted the featured concert at the Georgia Music Educator’s Association (Northeast Region), trumpet adjudicator for Montgomery County, All-County Band auditions, and a clinician at music clinics at many high school band programs.  Mr. Ritter was also a faculty member at the Navy School of Music as a rehearsal conductor and trumpet instructor.  While on staff at the School of Music, Mr. Ritter performed with the faculty concert band and jazz band, and a wide variety of chamber groups including performances on Latin percussion.  Mr. Ritter has taught private trumpet and conducting lessons since retiring from the military.  Mr. Ritter began serving as Adjunct Professor at Austin Peay State University in the Music Department in 2009 to the present.

Mr. Ritter has a Bachelor’s degree from Wayland Baptist University and a Master of Music with an Instrumental Conducting Specialization from Austin Peay State University.  He is a member of Pi Kappa Lambda, Phi Kappa Phi, Military Officers Association of America, and CBDNA.

Mr. Ritter has performed and conducted on a number of military band and commercial recordings.  He has also arranged a number of pieces for concert band and jazz band that feature instrumental soloists and vocalists.

Mr. Ritter is currently the President and Musical Director of the Cumberland Winds, a 501 (c) 3 nonprofit organization that exists to promote musical excellence  in performing groups in the Clarksville area, and to award music scholarships.  The organization consists of a concert band, big band, jazz combo, dixie band, woodwind quintet, brass quintet, German band, and solo instruments.  The groups have performed at events such as:  Strawberry Alley, Jazz on the Lawn, Rivers and Spires, Riverfest, Little River Days, and many other public, private, and commercial events.

Mr. Ritter has performed, conducted, and produced a number of albums throughout the years.