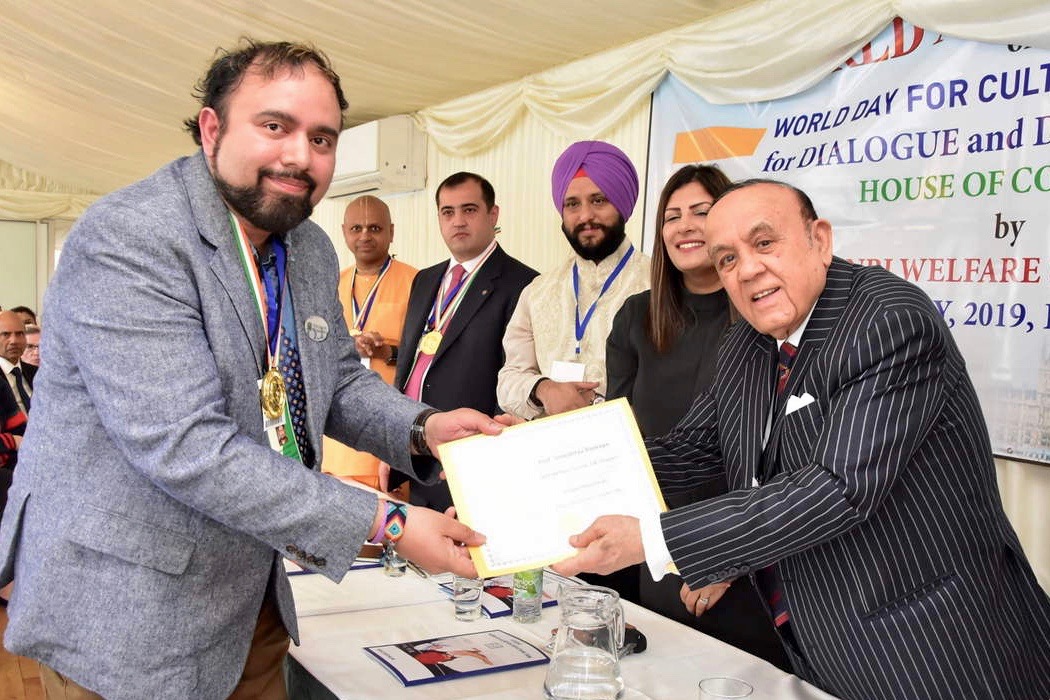 Banerjee traveled to London, England, in May to accept the Mahatma Gandhi Leadership Award, presented by the Non-Resident Indian Welfare Society of India.

For the second time this year, Austin Peay State University history professor Dr. Somaditya Banerjee has been nominated for an international achievement award.

If he’s selected, he’ll travel to the Global Friendship Banquet on Oct. 5 in Dubai, United Arab Emirates, to receive the Glory of India Award, which recognizes resident and nonresident Indians who have displayed “extraordinary excellence in different fields of life.”

“The conference will be attended by the elite of Indian economy and polity and the (Nonresident Indians, aka NRIs) from many countries,” according to Banerjee’s nomination letter from banquet organizer India International Friendship Society. “It will especially project achievements of Indian diaspora, which has made Mother India proud.”

Presentation of the Glory of India awards is the finale of the conference.

Banerjee traveled to London, England, in May to accept the Mahatma Gandhi Leadership Award, presented by the Non-Resident Indian Welfare Society of India.

“The non-resident Indians, at least a majority of them, are connected to India by traveling, by investment, by their families,” Banerjee, who grew up in Kolkata (formerly Calcutta), India, and moved to the United States in 2002, said after winning that award. “They have basically carved out a space for India in the international world. The identity of India in the international world is more prominent through the lens of NRIs than it was before.”

Banerjee received his award on the banks of the River Thames from Preet Gill, a member of Parliament of the United Kingdom.

Banerjee joined the Austin Peay Department of History and Philosophy in 2017.