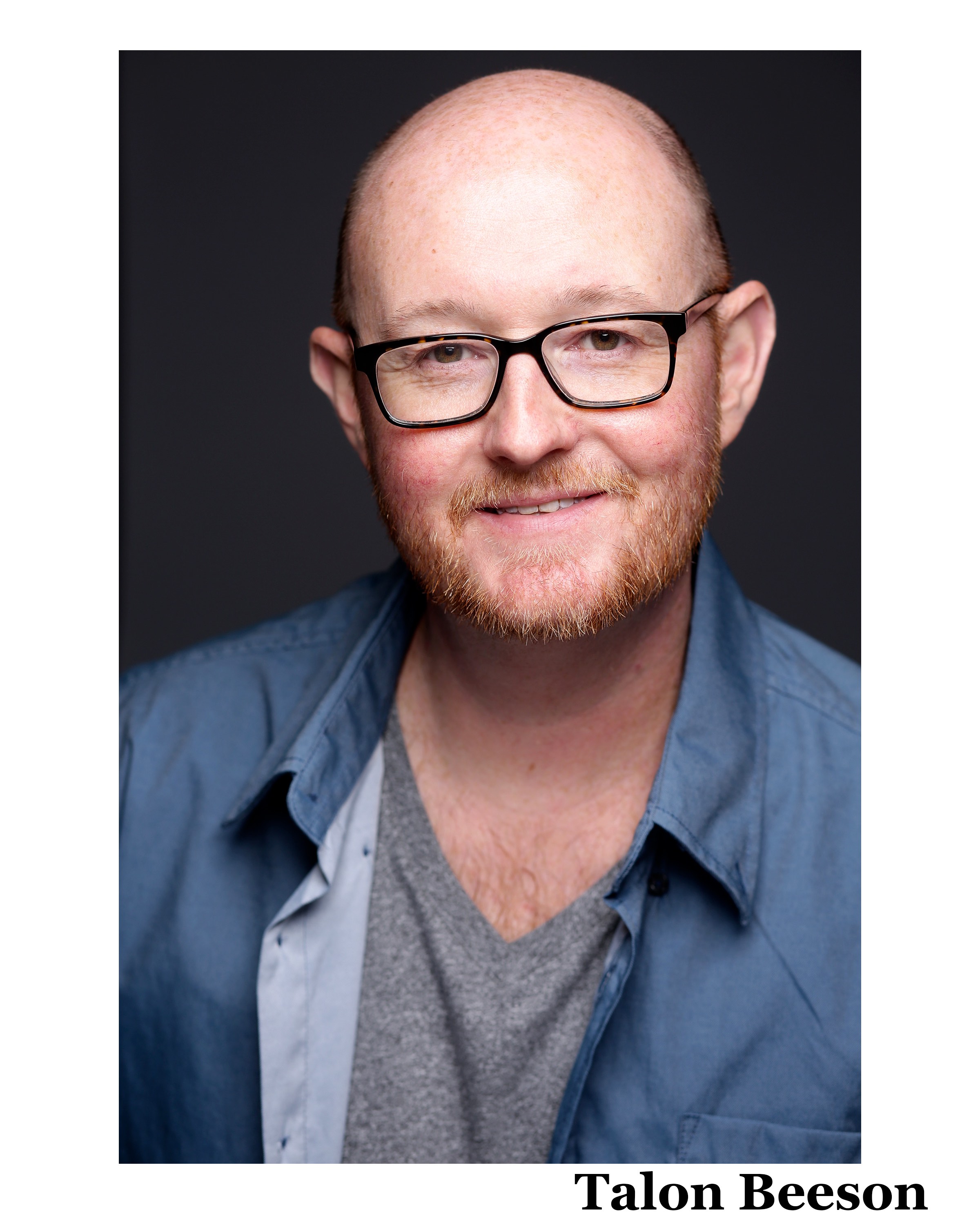 Talon Beeson is an actor, director, teacher, and writer. On stage Talon has been seen from coast to coast in theatres in Georgia, Virginia, Kentucky, Chicago, New York, Los Angeles, and Ohio. He has been heard on many TV shows, video games, and commercials including "Divorce Court "(Daytime Emmy nomination,)"GTA V,""Call of Duty:Advanced Warfare," and as the voice of Kingsford Charcoal, among others. Recently, Talon booked the role of Jitter in the upcoming animated series Bit Wars. He has also appeared in several episodes of the three time Peabody Award , and SOVAS nominated radio drama "Suspense!" Recently, he directed and played a lead role in the game "Soteria," which won the Bronze Award at the International Serious Play Awards and the Audience Choice award from Stanford University.  In 2017, Talon was nominated for a SOVAS VAA award for his work in the audio book Wonder. Talon wrote, directed, and starred in the short film "It Was Good" which has been screened at several film festivals. He was also the voice director of the hit TV show "You Live in What" on HGTV. He holds a BFA in Music Theatre from Shenandoah University and an MFA in Acting from DePaul University. He has taught across the nation at the SAG Conservatory, the VO Academy, DePaul University, Prairie State College, and Columbia College Chicago. His best selling first book, "Starting Your Career in Voice-Overs" is available in bookstores everywhere. www.talonbeeson.com  beesont@apsu.edu