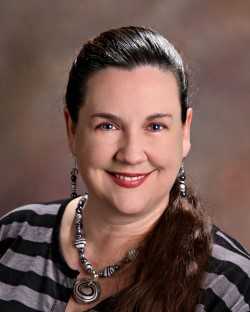 Leni is an Associate Professor and Costume Designer in the Department of Theatre & Dance. She received her BA from Kennesaw State University and her MFA from the University of Alabama. Her professional career has taken her all over the United States and the world. She has worked for such theatres as the Alliance Theatre in Atlanta, GA, The Omaha Playhouse in Omaha, NE and Williamstown Theatre Festival in Williamstown, MA just to name a few. She also spent time working in the area of costumes on Cruise ships which offered her the opportunity to travel to places such as Japan, China, all of the Virgin Islands and Hawaii. Costume history and research is Leni's strongest interest. She is very active with the United States Institute for Theatre Technology, Southeastern Theatre Conference, and Tennessee Theatre Association where she is a past President. In the past Leni had the opportunity to tour mainland China as an Education Delegate with People to People Ambassador Programs.