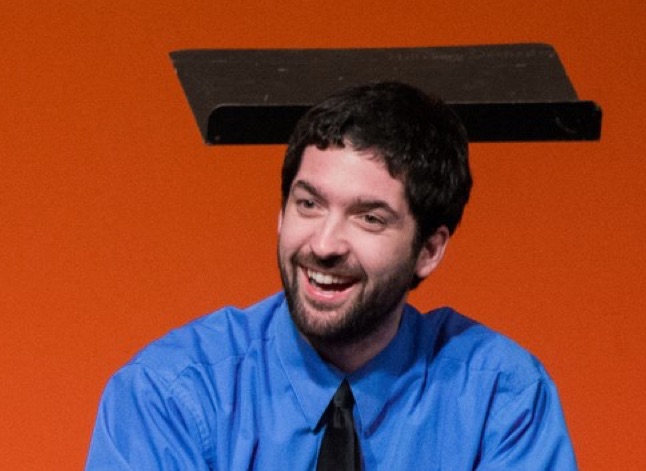 Garret Schneider was born in Maine, a state where carnivorous moose roam the country side, lobsters attack unwary swimmers, and where modern-technology still has not penetrated.  Plied deep with northeast values and folklore, Garret became a writer.

He graduated with a BA in Mathematics and Theatre from Lehigh University -- an artistic dichotomy, which was reflected in his first play: Proud Beasts, centered around amphetamine-addicted mathematicians. His one-act, Franky and Zoza, awarded him a place in the Kennedy Center Playwriting Intensive where he studied under Lee Blessing, Chay Yew, Marsha Norman, Heather McDonald, and Roberto Aguirre-Sacasa.

Garret was a company member in Maine's Heartwood Regional Theater Company, and starred in the New England premier of Will Eno's one-man show, Thom Pain: Based on Nothing.

The MFA Playwriting program at Ohio University served as Garret's artistic home for three years, where he wrote and directed workshop-productions of over sixty of his short plays, and readings of seven full length works.

Having moved to Nashville in 2010, Garret participated in Nashville's Ten-Minute PlayGROUND and is now a co-curator.  Through the Ten-Minute Playhouse, Garret has had a production of Echoes, and readings of Call Him 'Gene', A Tale for My Lost Son, Dropped Call, Cello?  Can you hear me? and Throwing Tomato Cans at the Jerks in the Farmer's Market.

Hey has a wonderful wife, and a future-CEO son, and currently lives in Nashville.

The idea of children raising their parents, and exploring the definition of family is at the artistic heart of Garret's work.