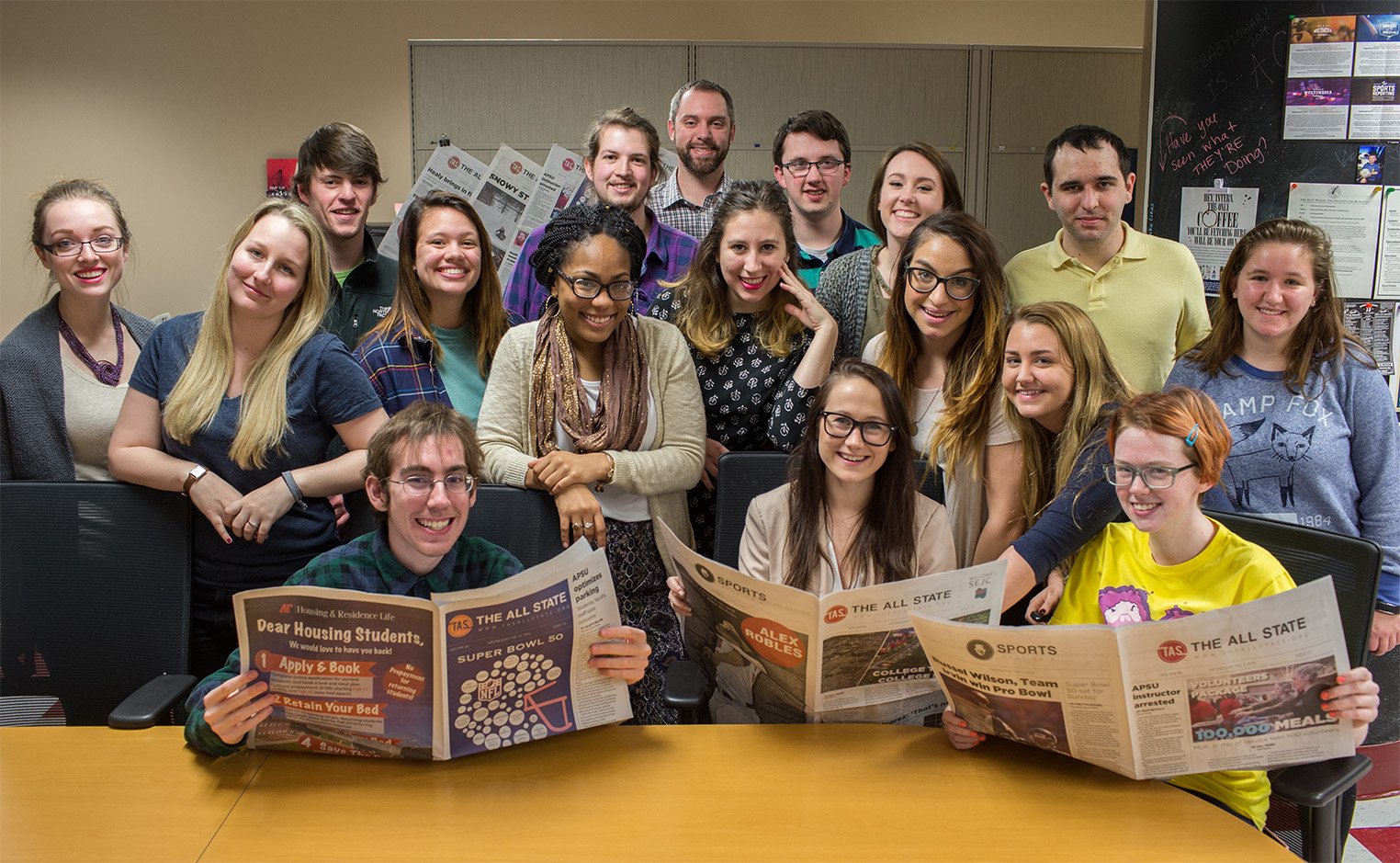 SPOTLIGHT: The All State ranked #1 newspaper in the South

The All State was in competition with 35 other colleges and universities across seven states in the Southeast. More than 440 total entries were submitted in 30 individual and institutional categories covering print, broadcast and advertising. Rankings are decided by professional journalists from across the nation.

Conference attendees included nearly 330 student journalists and advisers from 27 colleges and universities throughout the southeast.

Later in the year, The All State was honored with awards from the Tennessee Associated Press College Journalism Awards for Best College Media Website, Best Online Specialized or Topic Reporting and Best Sports Reporting.

The All State celebrated its 85th anniversary in November 2015. Since its inception on Nov. 26, 1930, the newspaper has been the voice of the APSU community.

To celebrate, past issues were displayed in the Morgan University Center for students to examine and discuss the importance of student journalism, the longevity of the newspaper and the impact it has had in documenting the University’s history.

“The All State helped me find my voice. For a while, I could not find a place to fit on campus. I tried organization after organization but when I first set foot in The All State newsroom, I knew that this was exactly where I needed to be.”

Celeste Malone
Editor-in-Chief of The All State