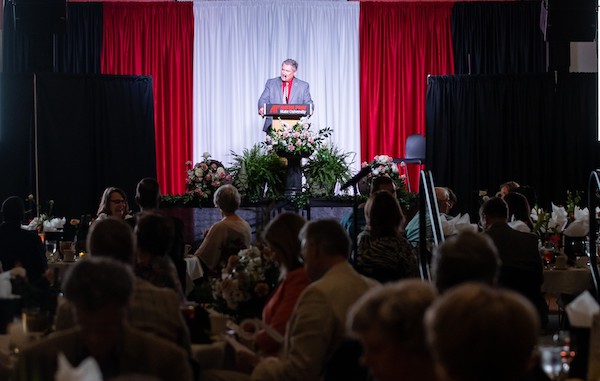 President Mike Licari addresses the audience at the What If Campaign Celebration.

CLARKSVILLE, Tenn. – Austin Peay State University achieved a fundraising total of $14.6 million in gifts and pledges from 2,477 donors during the 2021 fiscal year. This amount represents a 25% increase in the average annual fundraising amount over last year and a 38% increase over the last five years. The total eclipses the more than $11.4 million raised in 2020, making this the fourth consecutive year that APSU has set a record for the second-highest giving year in University history.

The “What If” Comprehensive Campaign, the most successful campaign in University history, was publicly launched on Nov. 19, 2020. Austin Peay officially surpassed the $65 million campaign goal amount in April 2021, months before its scheduled end date of Dec. 31, 2021.

“We have enhanced our fundraising efforts through some critical initiatives in 2021, and we will continue raising the bar with each passing year,” APSU Vice President for University Advancement Kris Phillips said. “I am proud of our supporters and volunteers for the extraordinary work they have done to get us to this point, especially our campaign steering committee. Their service has successfully made a lasting impact on this University.”

Govs Give, the University’s annual online giving event, returned for its fifth year in 2021 with impressive results. From 10 a.m. on April 20 to 7:27 p.m. on April 21, donors gave $458,936 to support APSU Funds of Excellence for academics, athletics and student affairs. This year, 750 alumni and friends made 829 gifts during Govs Give. The number of new donors for was 236, which is 100 more new donors than any of the previous years of the campaign. APSU faculty and staff giving made up 15% of the total fundraising amount. The total for online giving was $74,855. The theme for Govs Give 2021 was “What If” in recognition of the campaign.

“I am constantly inspired by the many accomplishments of our students, faculty and staff,” APSU President Mike Licari said. “The impressive amount of funding that has been contributed this year will play a significant role in ensuring their future success.”

Throughout the year, roughly $1.5 million in endowment funding was committed and 13 new endowments were established. Community members and alumni also gave to various projects and programs across all areas of the University. One notable gift was a commitment from Joe and Cathi Maynard to establish the Joe and Cathi Maynard Family Fund of Excellence. Each year, the fund will be used to meet the greatest needs of the University and its students.

Stone Rudolph & Henry, PLC, also made a significant donation as part of a partnership with the APSU College of Business to promote future student success. On April 23, a virtual ribbon-cutting for the Stone, Rudolph & Henry Govs Gallery was held on the second floor of the APSU Kimbrough Building. The space will enable students to gather, collaborate, and network outside of class.

To establish an endowment or support other fundraising initiatives, contact the Office of University Advancement at 931-221-7127. 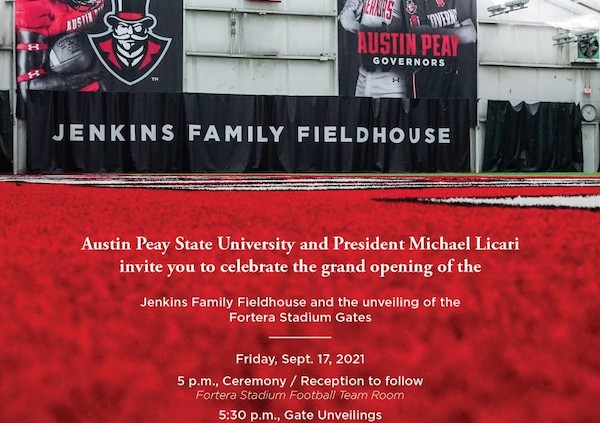 Students will be required to use this endowment as a one-time award to complete their degree. The APSU Scholarship Committee will determine the recipients of the scholarship based on financial need. 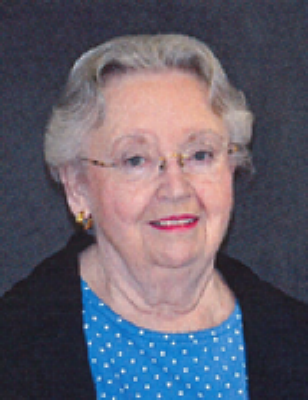 After she passed away at the age of 84 on Aug. 17, 2020, the Robert Busby Music Endowment and the Doreen Carter Estate Agriculture Fund of Excellence Endowment were officially created