Director of Bands/Orchestra
Professor of Music 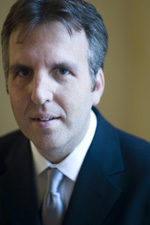 Gregory Wolynec is the Director of Bands and Orchestral Studies at Austin Peay State University (APSU). As a Professor of Music he directs the Wind Ensemble and Symphony Orchestra, oversees the graduate program in instrumental conducting and teaches undergraduate conducting.  He is also music director and cofounder of the professional Gateway Chamber Orchestra (GCO), which is nationally recognized for creative programming and innovative audience engagement activities. He has conducted three CDs released on the Summit and Delos labels including Wind Serenades and Chamber Symphonies, which supported Blanton Alspaugh’s nomination and win respectively for the Classical Producer of the Year GRAMMY award.

Wolynec was the recipient of the APSU Socrates Award for Excellence in teaching, a campus-wide award. Ensembles under his direction have performed at national and regional conventions of the College Band Directors National Association, the Tennessee Music Educators Association Annual Conference and various other state and regional venues. Composers such as Cristina Spinei, Lee Hoiby, Anthony Plog and Jeffrey Wood have praised performances under his direction. Graduates of his masters program in instrumental conducting have gone on to pursue doctoral degrees at major institutions, teach actively in the public schools and hold collegiate teaching positions.

Wolynec received his MM and DMA degrees in Instrumental Conducting from Michigan State University and a BM in Music Education and Clarinet Performance from SUNY Potsdam’s Crane School of Music. Wolynec has taken additional studies in conducting at the Prague Conservatory, Czech Republic.  His conducting teachers have included John Whitwell, Timothy Topolewski and Miriam Nemcova. Wolynec completed his doctoral dissertation on classical harmoniemusik as the recipient of both a Fulbright Grant to Prague, Czech Republic and a Michigan State University Graduate Merit Fellowship. His research was carried out throughout the Czech Republic, Austria, Germany and France.

Prior to coming to APSU, Wolynec taught at Castleton State College in Vermont and in the public schools of New York, where his ensembles were routinely awarded Gold ratings at New York State Major Ensemble Festivals and performed on trips to major cities in the northeast. Wolynec has been an active clinician and guest conductor of bands and orchestras, including all-state and all-region ensembles, in New York, New England, Michigan, Tennessee, Kentucky and Arkansas.