Home » Department of Music » Faculty and Staff » John P. Schnettler
In this section 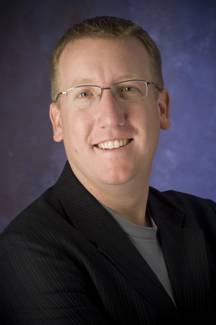 John Schnettler has been a music educator and conductor at the middle school, high school, and collegiate levels in the public schools of Florida, Georgia, and Tennessee. At APSU, Mr. Schnettler is the director of the “Governor’s Own” Marching Band, Pep Band, and Symphonic Band, teaches courses in instrumental music education, and supervises student teachers.

Since joining the APSU faculty in 2010, Mr. Schnettler has transformed the "GOMB" into the fastest growing college marching band in the state and in the OVC.  Membership doubled in his first five years, and the Band is now recognized as one of the most spirited and energized group of students on campus.  He has also dramatically increased the level of performance in the APSU Symphonic Band, and created a new ensemble, the APSU Concert Band specifically for music education majors to have ensemble experience on a secondary instrument.

Before coming to APSU, Mr. Schnettler was on the faculty of the University of South Florida, where he served in various capacities, including Director of the 315 member “Herd of Thunder” Marching Band, conductor of the USF Symphony & Concert Bands, and instructor of courses in conducting and music education. He was also a graduate assistant at the University of Georgia, where he instructed the Redcoat Marching Band, supervised student teachers, and guest conducted the wind bands.

Mr. Schnettler is an active adjudicator, guest conductor, and honor band clinician throughout the Southeast. He has been published three times in the popular GIA Publication series "Teaching Music Through Performance in Band", presented at professional conferences, and has been involved with the Drum & Bugle Corps activity as a performing member, instructor, and consultant.

Mr. Schnettler lives in Clarksville with his wife Brandy, a Biologist and Science Educator, and their two daughters, Olivia and Phoebe.