Welcome to Classics at Austin Peay!

The study of the Greek and Latin languages, as well as the literature, history, and culture of Greece and Rome, have been fundamental to liberal arts education for some 2,000 years.  Austin Peay State University carries on that tradition by offering majors in Greek, Latin, Classics (both languages), and Latin with Secondary Teaching Certification.  The programs are language intensive, but also have a healthy component of courses in the cultures of Greece and Rome.  More information on the specifics of each program can be found at the pages that follow.  APSU also has an active chapter of Eta Sigma Phi, the national Classics Honors Society.

The Kaye and Grady Warren Scholarship in Classical Studies is offered to the top rising sophomore from Montgomery County (or Tennessee) who is majoring in some aspect of Classics.  The Warrens taught Latin in the Montgomery County public schools for over forty years, and to honor them we established this scholarship.

We also offer the Johanna Mitchell Scholarship in Classics to the top rising junior who is a major in one of our four concentrations.  Johanna Mitchell was a life-long lover of Latin and upon her passing, her friends established this scholarship fund as a means of keeping her memory alive.

Austin Peay has regularly hosted speakers to come for lectures on our lovely campus in the rolling hills of northern middle Tennessee.  Profs. Lee Brice and Georgia Tsouvala, Prof. Olga Palagia of the University of Athens, Dr. Jonathan Shay, author of the influential book ‘Achilles in Vietnam,’ Dr. Barbara Tsakirgis of Vanderbilt Univ., and Dr. Maria Liston of The University of Waterloo in Canada are just a few of the scholars who have come to share their knowledge of the ancient world with our students.

From the first literature in the western canon, Homer’s Iliad and Odyssey, to the plays of Aeschylus, Sophocles, and Euripides, to the New Testament and beyond, Greek has been a flexible tool for the finest expression of human thought.  Take advantage of the opportunity to explore this wonderfully rich language and its long heritage.

If Latin is more to your taste, spend your time here at the Peay studying Vergil, Plautus, Livy and all those other wonderful authors who wrote in the language that Ben Jonson called ‘the Queen of Tongues.’  The study of Latin remains vital, and the current nationwide shortage of secondary school Latin teachers provides an added incentive for those who wish to pursue studies in Latin.

What Can You Do With A Degree in Classics?

So we all know how much fun it is to study these excellent languages and the cultures of those who spoke them, but what sort of gainful employment can one get with a degree in Classics?  The answer is that with a Classics degree you can do almost anything you want.  The Princeton Review says "We can't overestimate the value of a degree in Classics." (https://www.princetonreview.com/college-majors/64/classics) The highest scores on the LSAT exam every year go to Classics majors. Also students with Classics degrees have a higher success rate getting into Medical School than students who only major in sciences.

Classics is superb training for Law School and Medical School not only because of the help with vocabulary but mostly because of the way you learn to think about the material.  Business majors will find that studying Latin and Greek opens up the full series of Romance languages, and those are critical for doing business in Europe.  Are you interested in computers or gaming?  A double major in Classics and Computer Science will let you build more accurate games and apps!  If mathematics is your first love, consider that the Greeks were profoundly good mathematicians and engineers, and very few scholars are studying ancient math.  You could find yourself writing books on Apollonius's Conics!  A recent major of our department who was a double major in Biology and Classics is currently in graduate school to do DNA analysis on ancient bone from digs in Greece.  You certainly can teach, if that is your passion, but teaching is only one of many careers open to those with a degree in Classics.  Ted Turner, owner of the Atlanta Braves, was a Classics major, as was J.K. Rowling the tremendously successful author of the Harry Potter books.  What would those books be without all of the Classical Latin in them?  So creative writing is another career path for Classics majors.  History, art and architecture, anthropology, geology, physics, communications, really every area of human endeavor was touched by the Greeks and Romans.  To study Classics is to study ourselves. 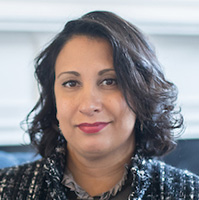 Meet: Elizabeth Wilcox
I never thought anything like this would ever happen,” she said. “I would have to say the Classics program—Dr. Winters, Dr. (Stephen) Kershner, Ms. (Mary) Winters—was such an asset to my learning here.

What Will I Learn?

The Bachelor of Arts (BA) Degree in Classics builds a foundation for many different careers. Systematic thought and critical thinking skills provide a basis for students to do whatever they want to do.

What Do Classics Majors Do After Graduation?

Classics majors go on to pursue many different paths:

Dr. Timothy Winters
How Do I Get Started?

Admission is via audition and/or portfolio review and interview. Begin the application process now by setting up an audition date.